The Browns Trade Nick Chubb to the Panthers 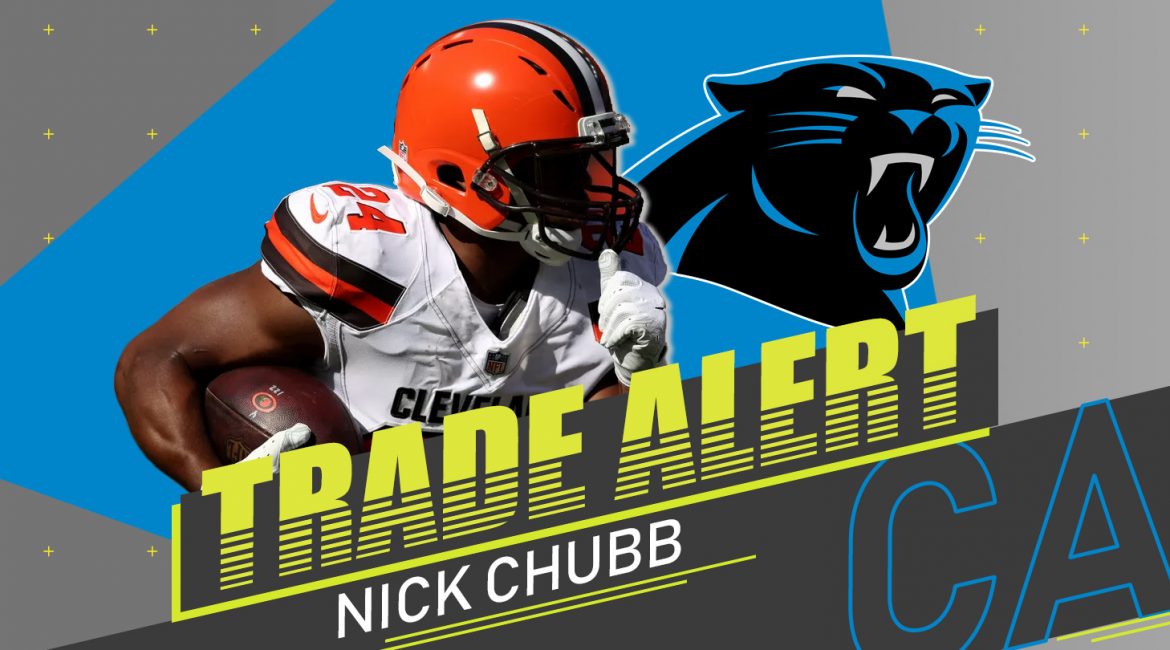 Cleveland, OH — The Cleveland Browns have traded running back Nick Chubb to the Carolina Panthers.

The Browns decided to part ways with Chubb after one season realizing that he was not moving up the depth chart during this past preseason. The addition of LeGarrette Blount and rookie Bryant Tolbert sealed Chubb’s fate with Cleveland and was shopped around within the league.

“He’s a good kid and a smart player. It is unfortunate that we could not make things work so we sent him to a team that will use his talents better than we did,” says Coach Farias during a press conference. “We are obviously heavy at running back, Duke and Carlos are our leading backs and we have our specialists in the power run and in passing situations. We just could not carry all those running backs. Plus we needed an offensive lineman and we were also able to acquire draft picks in this trade so that is always a plus.”

Details of the trade:

In season 13, Chubb played 11 games for the Browns and rushed for 356 yards with 4 touchdowns and averaged 3.3 yards per carry. He played last season behind Duke Johnson Jr. and Carlos Hyde. The numbers may not work in his favor due to the fact that the Browns had an average offensive line but Chubb plays with heart and with the proper guidance and opportunity, Chubb can have a solid career in this league.