The Bears Send Picks To the Ravens For Two Players 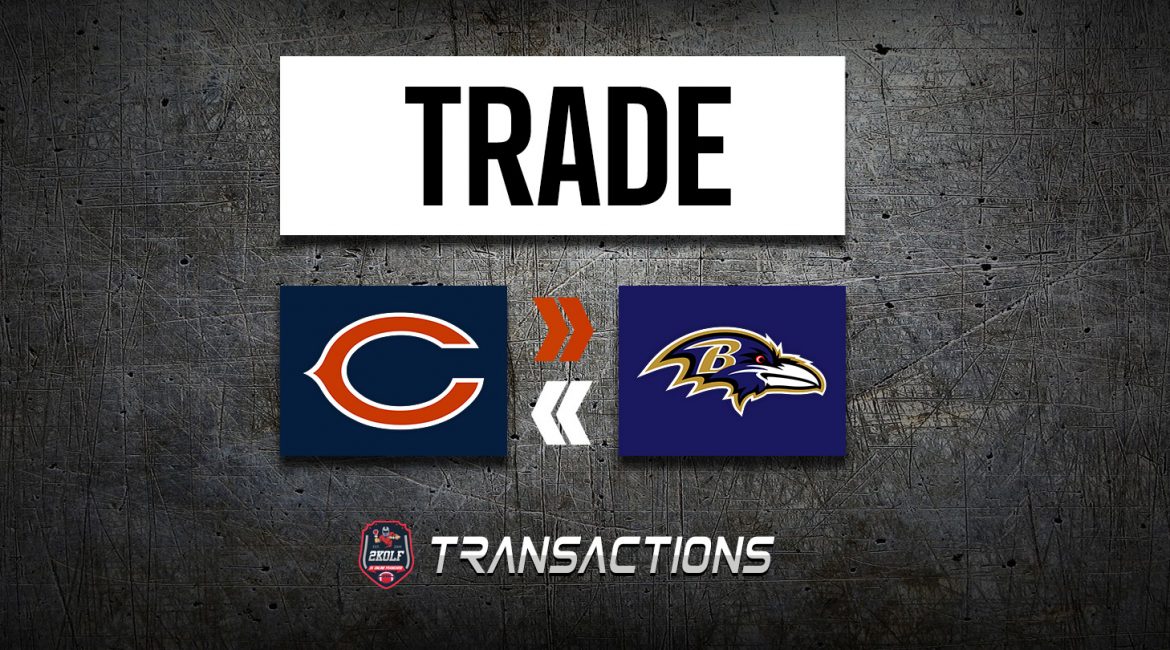 Chicago, IL — The Chicago Bears make an interesting trade with the Baltimore Ravens. The Bears sent their 2023 round-five pick 150 and their 2024 round-six pick 182 to the Ravens for quarterback  Tyler Huntley and right guard Tyre Phillips.

The Bears have been eyeing Huntley for quite a while as he’s been reported to have ideal throwing mechanics and pocket awareness. His arm strength is solid as he is still young enough to get stronger. His accuracy is not the best but he has the potential to improve. The best part about Huntley is his running ability. While he is not the fastest quarterback in the league, he is among the top ten at his position. It will be interesting to see if coach Farias will plug Huntley in as the starter anytime soon.

There have been rumors that current starting quarterback Jimmy Garoppolo is asking for a huge resigning contract as he plans to turn 31 years old next season. The figures are close to $100 million for three years with half of that amount guaranteed in bonus money.

The Bears, who are now known for being stingy when paying older players, may try to trade Garoppolo rather than extending his contract. The Bears hoped Garoppolo would want to sign a team-friendly contract in order to save cap, re-sign other players, or potential free agents in the off-season. It’s still too early to call but it appears that if Garoppolo does not lower his asking price, the Bears will trade him by week eight. Garoppolo has a 3-1 record for the current 2K OLF Season (22).

Right guard Tyre Phillips was thrown in the trade to relieve cap space for the Ravens. Phillips will most likely be cut as the Bears have no intention to keep him. The Bears have depth at the offensive line and it benefits the Bears to cut Phillips and save over $1 million.