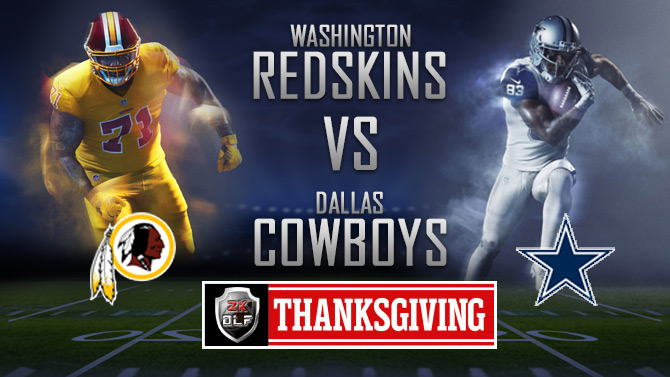 Following consecutive come from behind wins the Cowboys are on a three game win streak and can take a two game lead for first place in the division with a win at home this week.

Meanwhile, the visiting Redskins find themselves in a situation they haven’t been in  before. They have lost five games this season, which they haven’t done since season 3. In seven seasons the Redskins have made the playoffs every season and have won the NFC East four times. A loss this week would tie the franchise record of 6 losses in a season.