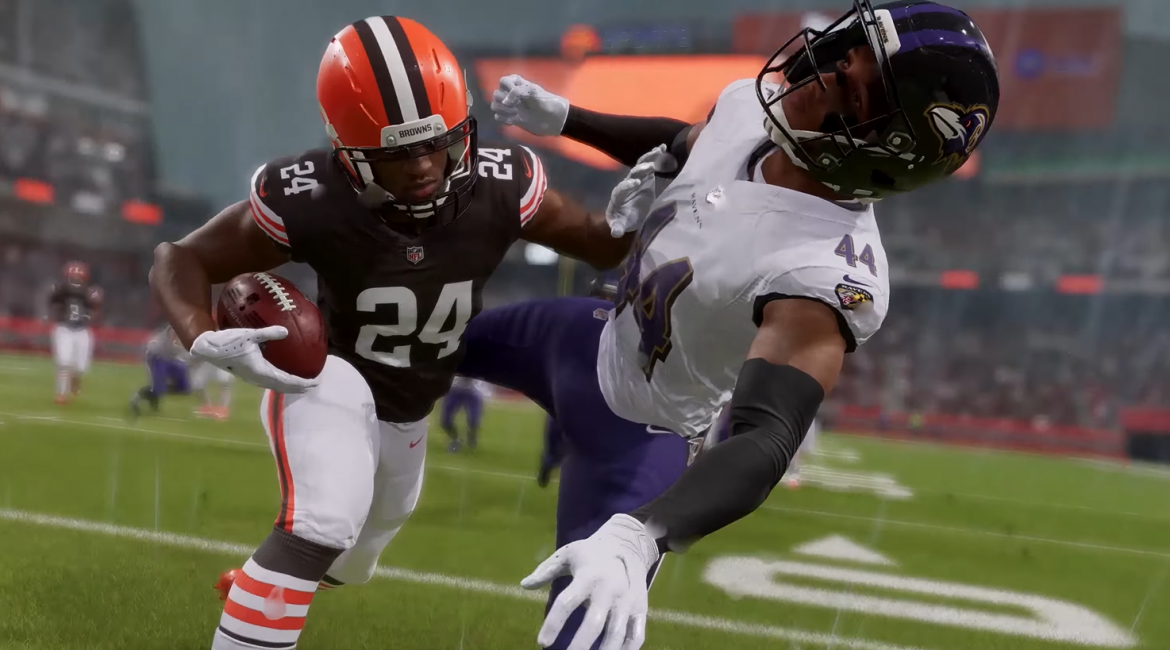 Salem, OR — Marlon Humphrey of the Baltimore Ravens was not impressed with the promos for Madden NFL 23, which will be released in August.

The two-time Pro Bowl cornerback is trucked by Browns running back Nick Chubb in the popular video game’s trailer. Furthermore, the fact that both players are from boisterous SEC schools—Humphrey attended Alabama and Chubb attended Georgia—does not help matters when it comes to contending for SEC crowns and College Football Playoff national championships.

As a result of the video, Humphrey joked on Monday that he wants to be plucked out of the game before something horrible happens.

Smh Take me out the game right now before I sue @EAMaddenNFL https://t.co/JFl2cUOKy7

“Smh Take me out the game right now before I sue @EAMaddenNFL,”

Humphrey, though, tweeted another footage from the game’s trailer on Tuesday, in which he causes Chubb to fumble the ball after catching it, which was published on Madden’s official Twitter account.

This makes me feel better. The lawsuit still going through though https://t.co/z0idrKLYuF

“This makes me feel better. The lawsuit still going through though,”

When the Ravens and the Cleveland Browns meet in the 2022 season on October 23rd and December 18th, all of this might make for an interesting battle.

Madden 23 will be released on PlayStation consoles, Xbox consoles, PC, and Google Stadia on August 19, 2022. Madden 23 will also be offered on the Epic Games Store for the first time, which is a first for the franchise.