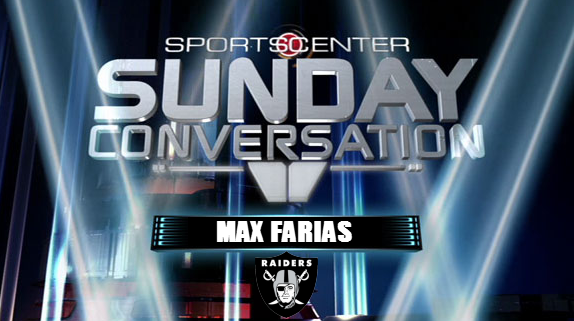 The Oakland Raiders fan base is filled with excitement over rookie quarterback Derek Carr. And can you blame them? After years of terrible quarterback play by more than a dozen different signal callers, the Raiders look like they may have finally found a guy who could be the answer to their never ending search.

After Carr went 33 of 53 for 364 yards with 3 touchdowns and 2 interceptions in his first three preseason games, fans started dreaming of what he might mean to this team. Yup, you guessed it, there are even people talking about the playoff.

While Carr had a very good preseason, it’s important not to get ahead of ourselves here. He had success but the fact that it was the preseason matters. Players simply do not go at the same speed in the preseason as they do in the regular season. In addition, as the season goes on, teams will have more and more tape of Carr to dissect and it will be increasingly harder to find success.

The fact of the matter is, Carr will have his fair share of bumps and bruises along the way as a rookie. He is going to make some mistakes and take some lumps, but even if he does not play very well at times, Raiders fans cannot give up on him. As is often noted, Peyton Manning only won three games as a rookie but has turned out to be fairly decent.

After the Raiders opening season win vs. the Jets we sat down with Raiders head coach Max Farias and asked him some questions about Carr and the Raiders.

MEDIA: How do you feel Derek handled his first career start, especially with it being on the road in such a hostile environment as New York?

COACH FARIAS: Derek showed some jitters with this being his first pro game in an environment like New York. We expected the home team to come at him with pressure and they did. He did the best he could and that’s what we want. Its only his first game and he’ll be the first one to arrive in the film room the next day dissecting film and trying to correct his mistakes.

MEDIA: It seems the passing game was dialed back a bit. Was this to get Derek’s confidence up? Do you think when called upon he will be able to stretch defenses out and take shots down the field?

COACH FARIAS: For the first game we wanted to get a feel for what he could handle depending on the situation. We saw some things can can be corrected. We have three stallions in our stables with MJD, DMC and Reece which we plan to utilize in many ways as possible along with our young receiving group. But to answer your question, yes he is willing to do whatever it takes to help his team win and we are confidant in his ability to stretch the field.

MEDIA: A couple of times Derek either took a sack or threw an interception which prevented points from being put on the board. Have you talked with him about the importance of ball security and is that just the kind of thing you expect from a rookie as he matures?

COACH FARIAS: The defense he faced was good. Derek is the type of guy​ that will find a problem in a good play and find a way to correct it. He knows what we expect of him. That interception was a perfect throw but the defender made an excellent play.  The sacks … well that’s blitz city when you play against this team. He’s a young kid with a lot of heart. We know what his abilities are and we’re behind him until the wheels fall off.

COACH FARIAS: He did well and depending on our game plan, we might rotate our backs and mix-and-match. We’ll see how it goes these next few weeks.

COACH FARIAS: Our defense bailed us out and stepped up when we needed it. We could have prevented that situation if we performed better on both sides of the field. We have work to do. Thank you. 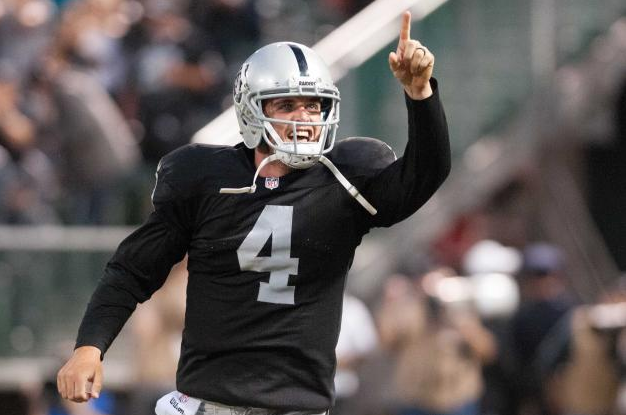