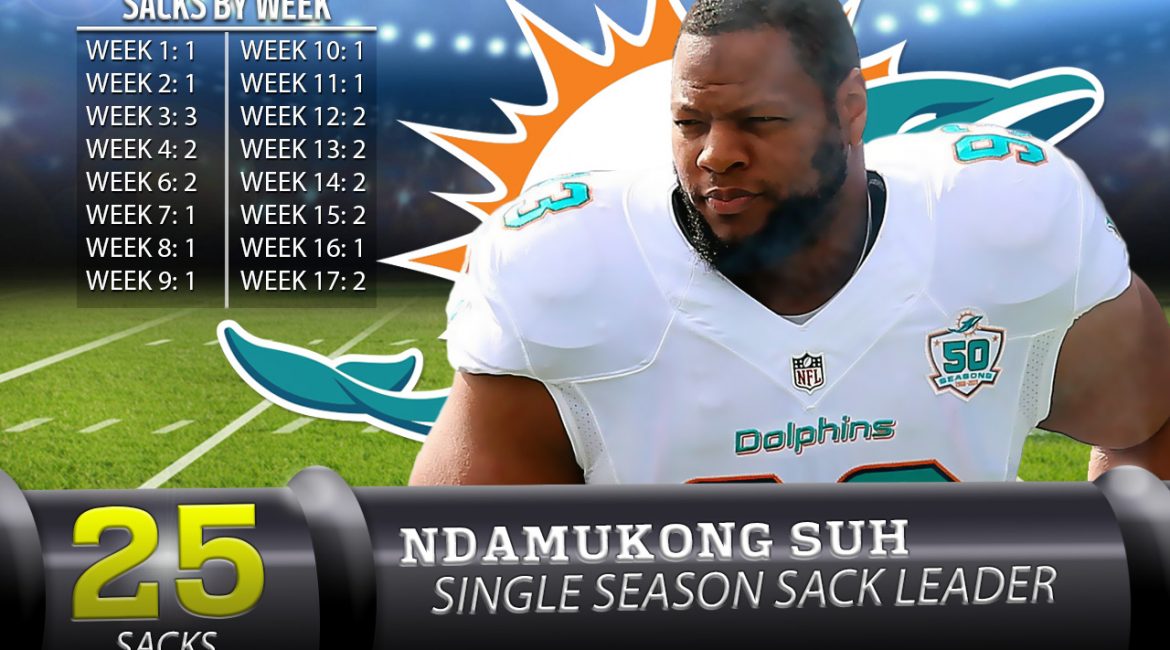 MIAMI, FL. —  The Miami Dolphins(13-3) took on the Denver Broncos (4-12) in their final game of the season. For the Broncos the dreams of a post season birth died half way through the season as they managed only 4 wins this year. The Dolphins on the other hand, had a lot to play for., a win would guarantee them their first AFC East title and home field throughout the AFC playoffs. One other mile stone that was on the line was the single season record for sacks.

Defensive tackle Ndamukong Suh came into the game with 23 sacks, which put him into a tie with  Henry Melton of the Dallas Cowboys. Melton broke the record back in season 5 by 2 more sacks than the previous record, which was held by ex-49ers OLB Aldon Smith. “Oh man I’m happy about it you know. Breaking that record is nice, but I couldn’t of done it with the help of our coaching staff and my teammates. It’s nice to get it but it was nicer knowing we got that win and earned ourselves home field advantage through these playoffs.” said Suh.