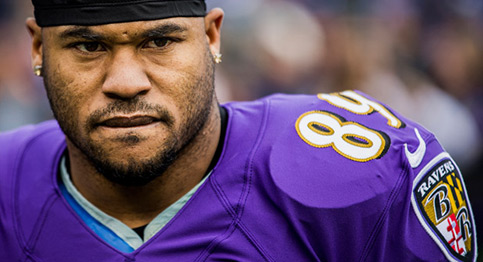 Salem, OR — As we enter the offseason, it is now time to bid farewell to players who have decided to call it quits. Some of them may call it quits for good, while others might regret their decision and decide to comeback.  One of those big retirements is the departure of Baltimore Ravens wide receiver Steve Smith Sr.

A few days after Christmas Smith announced that he was “89 percent sure” he would be retiring after the game against the Cincinnati Bengals. The Ravens lost the game 17-24, and Smith finished with zero receptions. After the game, Smith had an interview in which he was clearly choked up by admitting that this was his final game.

Smith also spoke to the media and was very emotional in saying goodbye.

“This morning my wife sent me a text, and they weren’t here. My family wasn’t here because if they were here, I would have lost it,” Smith said.

When asked how he felt, Smith said, “A little bit of relief. You know playing this game and expectations that are expected from you, it’s a lot of pressure.”

Smith added, “The pressure that I’ll have now is getting the kids to school on time, do I eat a pint of ice cream or a gallon of ice cream? You know, do I want to workout on the treadmill or stairmaster?”

Smith will surely miss what he’s done all his life, but will also be looking forward to the change that lies ahead. The game will certainly not be the same without him.