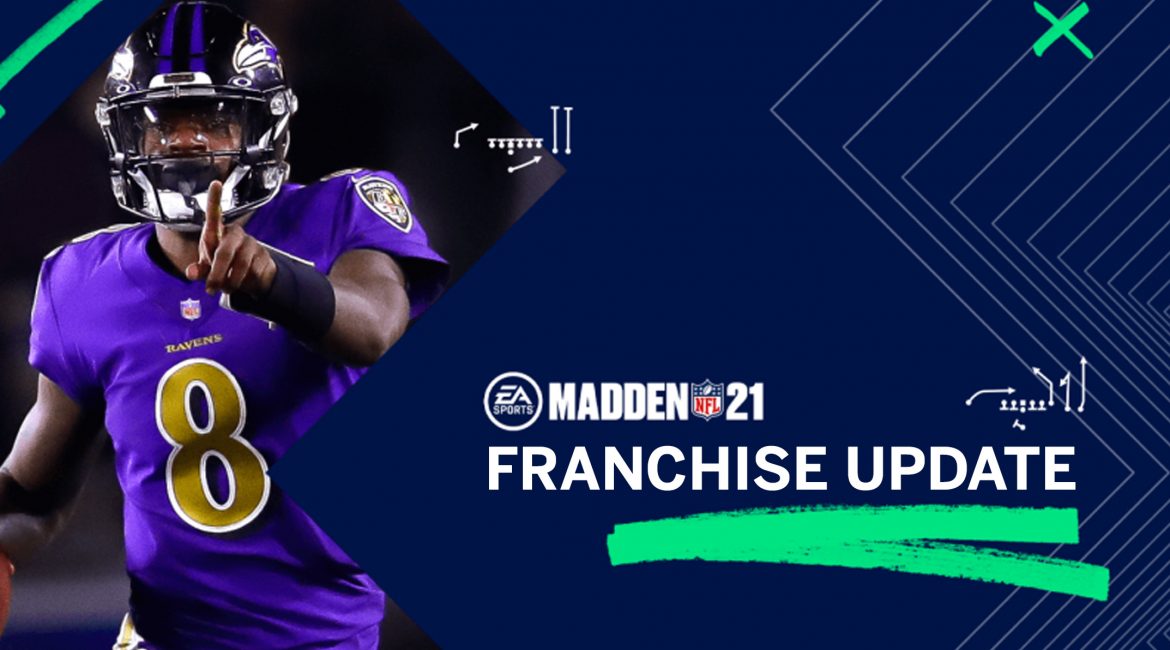 Salem, OR — Tomorrow EA Sports will release the second of three planned franchise updates. This update has some major updates and many have been a long time request from the Madden community.

Take a look below at the official statement from EA sports regarding what this update will bring to our league.

When teams draft a first-round quarterback in real life, it’s a sign of commitment from a team to a player saying, “we think you can be, or now are, the face of our organization.”

As a part of our next update, we have added new logic checks that CPU teams will use to guide whether they should even be interested in drafting a QB when they’re on the clock in Round 1. Now, teams will evaluate their roster and previous draft picks of the last two years to keep teams from replacing players too soon.

DEV NOTE: This feature came directly from community feedback around situations where rookie QBs ultimately got replaced after their first season due to their OVR being lower than an incoming prospect. Embracing the authenticity of teambuilding and player development, teams now consider their incumbent starters as a piece of their future to give runway for those players to reach their full potential. Now, teams will consider previous investments to influence their future selections.

When a CPU team is on the clock, they will now deprioritize drafting a first round QB if:

Lastly, if a team’s current starting QB is over 35, the team will consider drafting a replacement.

As always, whether the team does draft a QB is dependent on many factors, and like real life, there can still be times where a team decides a player is just too good to pass up depending on the situation. The Draft is full of surprises!

Commissioners are able to undo FA signings in the offseason directly through the transaction log. Simply click on a signing and revert it to send the player back into the free agent pool.

Giving commissioners of leagues the ability to turn on/off or allow users to keep individual settings for Heat Seeker tackling, Ball Hawk, and Switch assist – one of our top requested commissioner requests, this creates a way to level the playing field regarding assist features. 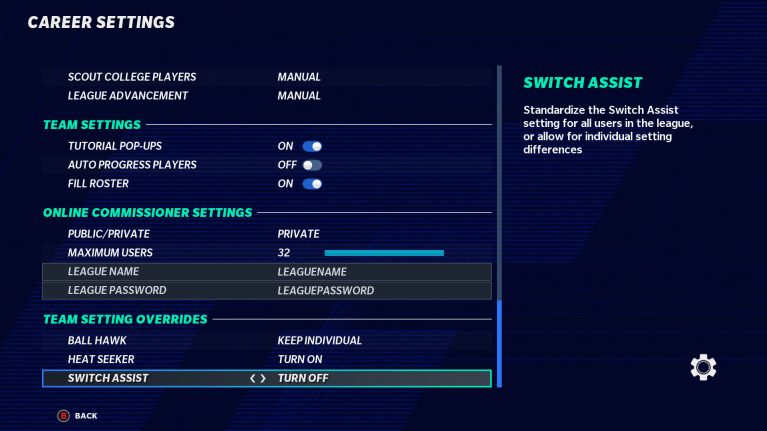 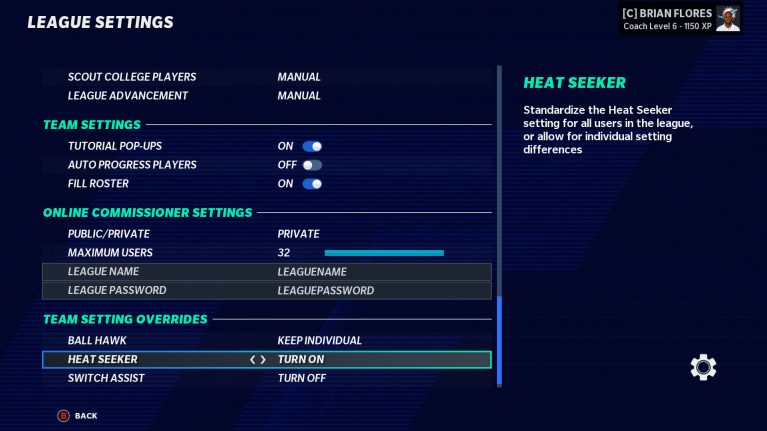 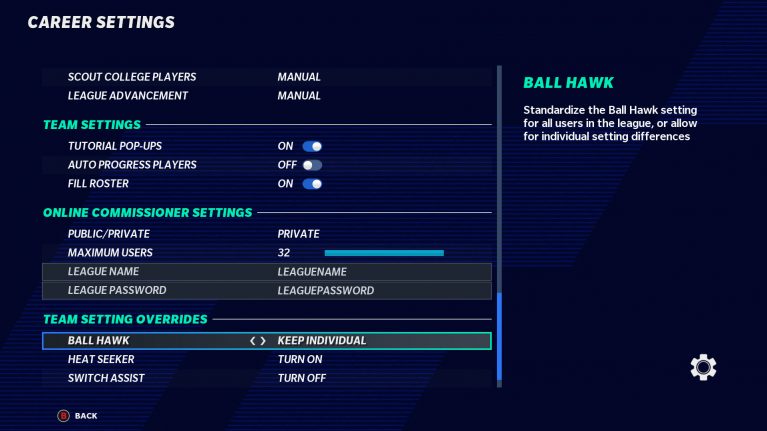 Commissioners will now be able to assign autopilot during the draft, along with pause/resume functionality. This way advancing to the next user pick will skip any player who is on autopilot. 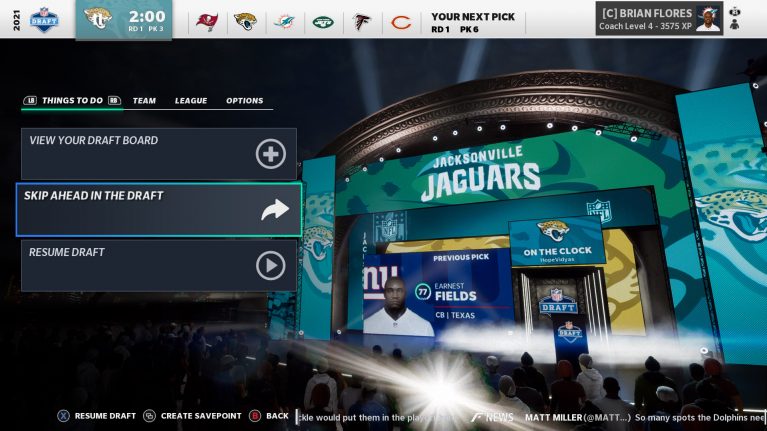 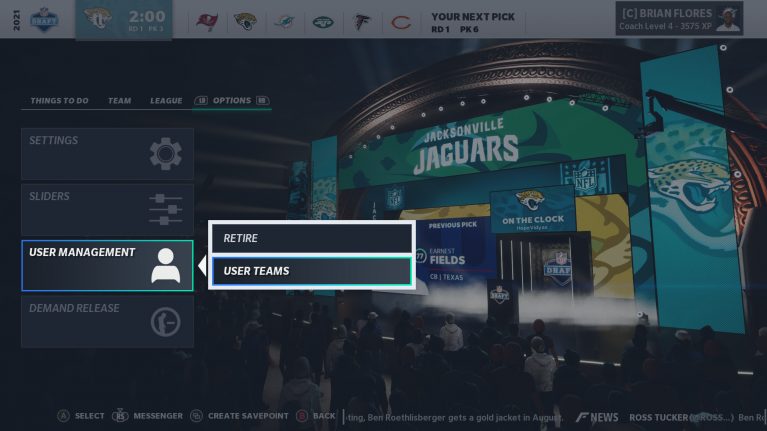 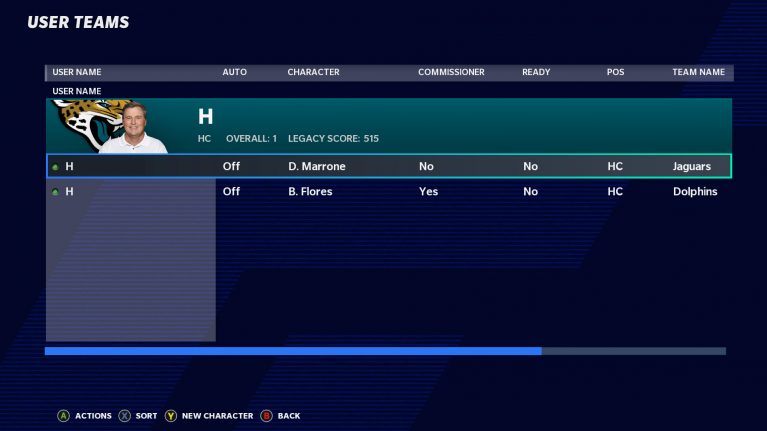 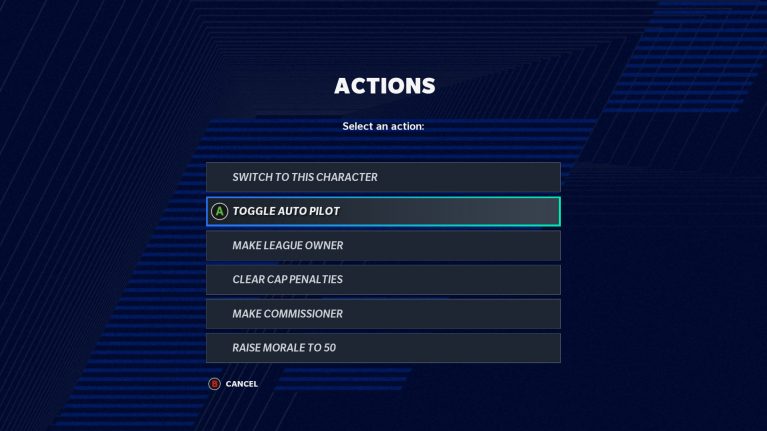 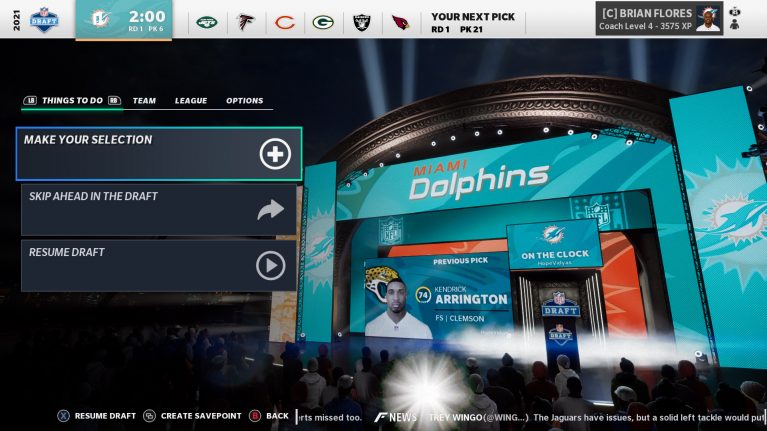 After these settings made their debut last year in MUT/KO, House Rules became one of the most requested features for franchise players and we are incredibly excited to bring them to you. Take control as a Commissioner and dictate how many times a play can be called in a game, and how long a player must wait before calling the same play again. 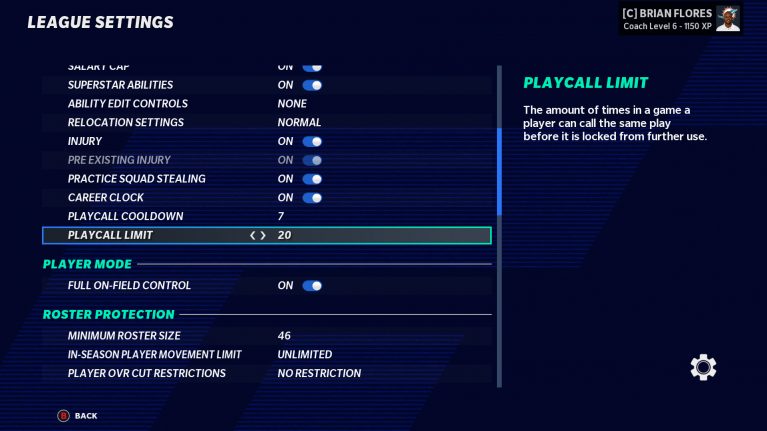 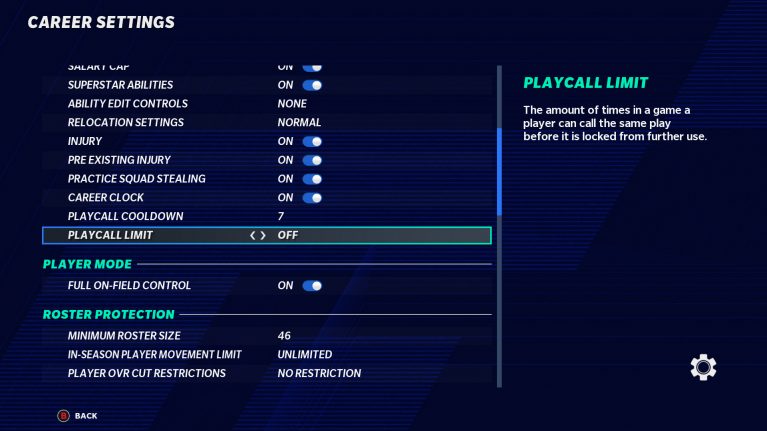 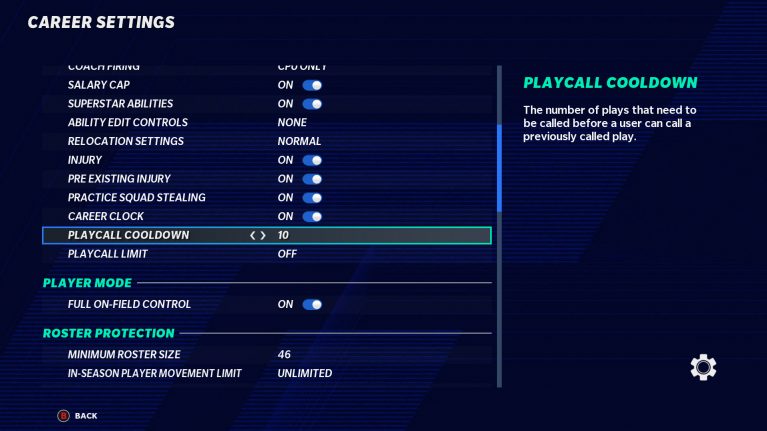 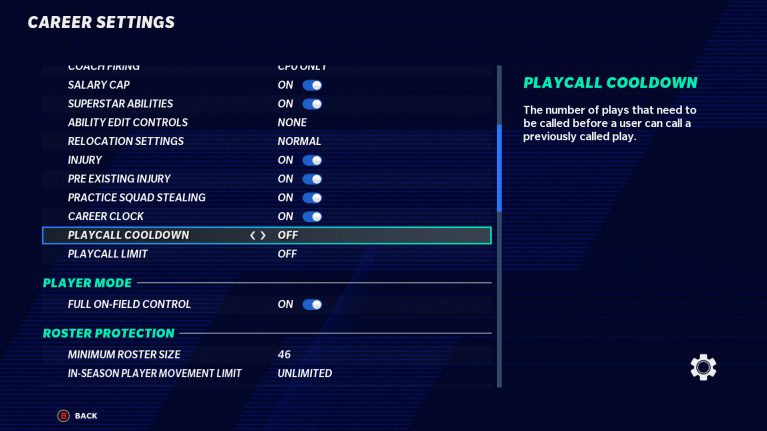 Commissioners will be able to determine who is able to edit abilities on players through the X-Factor Customization tools we enabled in our previous continuous development release. The settings are Commissioner only, Any User, or None, responding directly to multi-user league feedback. 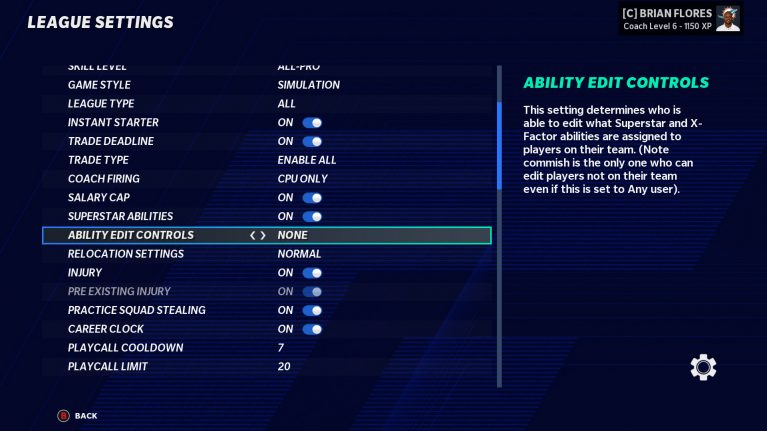 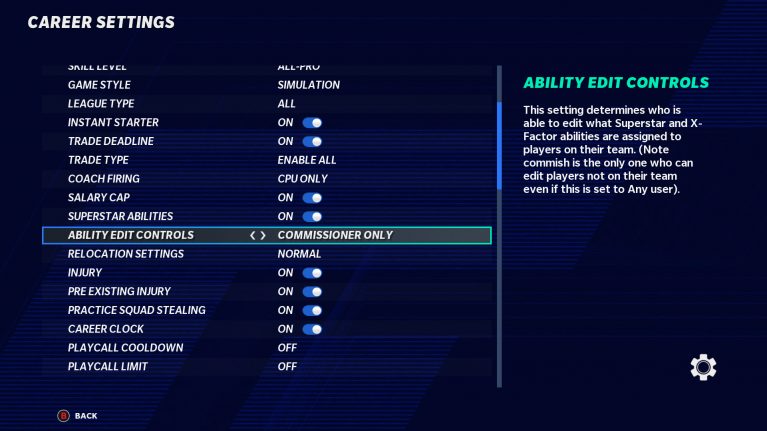 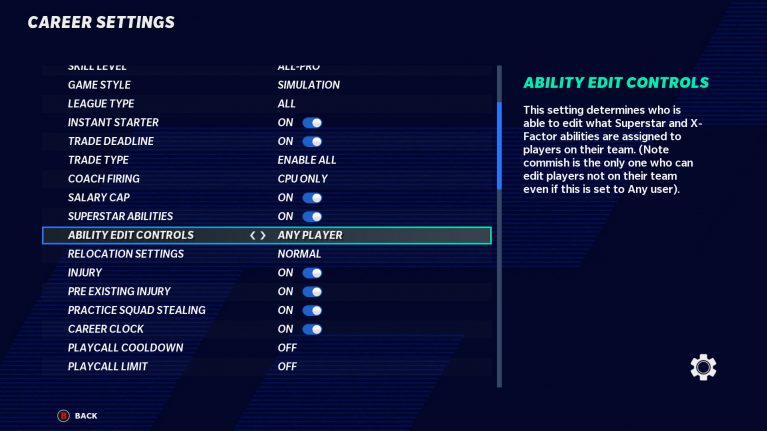 We also wanted to share with you our final updates coming to Franchise mode targeted to arrive in early March!

We are focused on delivering improvements to player and draft pick evaluations to create more rewarding and authentic trades for Madden 21 that we will continue to build and improve upon in the future.

DEV NOTE: To move forward on improved trade logic, it was important to acknowledge there wasn’t a magic quick fix. As a team, we’ve reevaluated everything about our previous trade logic with the goal of improving realism and fun of interacting with the trade system using a few key goals: Establishing new baseline scales around player and draft pick values by reconsidering every factor and modifier that is currently used in trades, resolving top community exploits around AI trades (like elite offensive linemen for late round picks), and looking for opportunities to improve or add new AI considerations when evaluating offers from teams. We’re excited to discuss more about how we are bringing all of those things to Madden 21 in the next Deep Dive!

DEV NOTE: For Madden 21, this will track every season in your franchise from the season this is added and forward. Any history prior to the addition of this new feature will not be accessible as we previously did not save off Superbowl scores among other things upon the start of a new league year. Any new league will have every season played tracked, however.