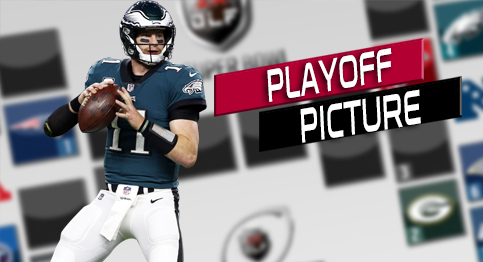 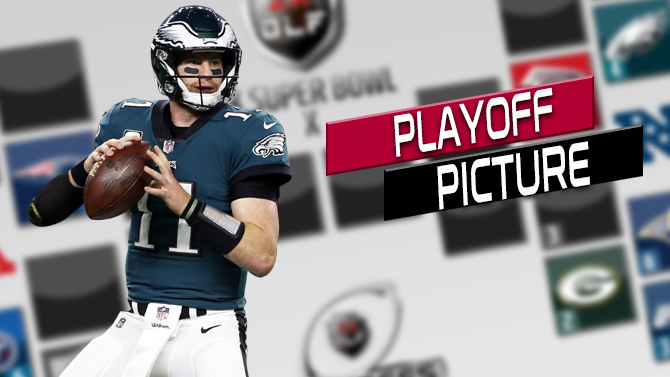 Salem, OR — Week 13 is halfway done as we have just a few games left in this week’s schedule. So let’s take a look at where each team stands as we head into the final 3 weeks of the regular season.

The Patriots are once again on top of the AFC and after winning this week against the Buffalo Bills they’re looking strong to not only get a first round bye, but also get home field throughout the playoffs. After losing on the road last year in the AFC Championship, the Patriots know home field is key if they want to make it to the promise land.

The Raiders won last week against one of the worst teams in the league, the 1-11 New York Giants. They currently have a 1 game lead in the AFC West. If they can win this week against the Chiefs, they’ll be in great shape to win their division.

The defending AFC champions have been flying under the radar for most of the season, but for those that have been watching their games it should be no surprise that they are once again in first place in the AFC South. They’re defense is ranked in the top three, as they rank 2nd against the pass and 3rd against the run. With their win this past week against the Colts the Jaguars are still in the hunt for a first round bye.

The Chiefs are the hottest team in the AFC, they have won 6 games in a row and are one game behind the AFC West leading Raiders, which ironically is where the six game win streak began. A win by the Chiefs will not only put them in first place in the division, but would also move them into position for a first round bye. After this week their remaining schedule is against teams that are below .500 and have a combined record of 12-21.

The win last week against the Texans was just what the Titans needed as it moved them into a wild card spot. The win was their 3rd in a row and they’re favorite to keep that streak alive as they take on a 3-9 Arizona Cardinals this week. They’d do well to take full advantage of the Cardinals downward spiral because after that, their last three games are against teams with winning records, the 49ers, Rams and Jaguars.

The Texans had won two in row to get back into the playoff hunt, but a loss last week against the Titans dropped them a game behind the same team. Their schedule doesn’t get any easier as they take on the 49ers this week then the AFC South leading Jaguars next week.

The Ravens are stumbling toward the finish line as they lost last week 38-26 to the Lions. The loss was their third in a row and are 2-3 in their last five and with the Bengals winning last week against the Steelers, they’re on the outside looking in….for now.

The Bills took a major blow to their playoff hopes by losing their last two games, one against the Chiefs and last week against the Patriots. They’ll need help getting in and will also have to win out. The good news for them is that three out of the next four games are against teams out of playoff contention and below .500.

The best team in the league continues to soar and unless they lose their next 3 games. A win this week will lock up the NFC South and a win next week will lock up a first round bye and home field throughout the playoffs.

The Packers are in a heated race with the Seahawks for a first round bye, as both teams are 9-3. After losing two games in a row, they have strung together a five game win streak. Three of those wins have been nail biters. First there was the 17-18 come from behind win against the Lions, then another late tying, come from behind overtime win against the Ravens, and finally last week’s 24-27 comeback win against the Buccaneers.

The pride of the Pacific Northwest, the Seahawks. After starting the season 0-2 the Seahawks have not lost more than one game. With four games left, a win this week and a loss by the Rams and 49ers, they will all but lock up their second straight NFC West division title.

The Eagles suffered a big loss last week at the hands of the Seahawks, getting shutout 0-15. The loss of the league’s number one rusher LeGarrette Blount in week 11, against the Cowboys, looks to have finally caught up to them as they had just 18 yards on the ground last week. This week they’ll be going up against the 9th ranked defense in the league when they take on the Rams.

With the best offense in the league, averaging 32 points per game, the Lions are right in the thick of things in the NFC North. They trail the Packers by one game with four remaining. Their next three games are against teams with a .500 or less record, their week 17 game against the Packers could decide who comes out on top in the division.

A return to Los Angeles seems to have given this fading team new life. If the Rams win this week it will be their first winning season since Season 4, a season in which they also made the playoffs for the first and only time. They went on to lose in the wild card round after winning 10 straight games that season.

Out of all the teams in the playoff hunt, the 49ers are the most improved team since starting the season. In the first seven weeks of the season the 49ers won just two games, with a record of 3-4 for a team that a season ago had won 11 games, three wins in the first seven weeks was not something anyone expected. But, coach Nguyen got his team together and since week 8 they have won four out of five games. Their only loss was at the hands of their division rivals, the Seahawks, in week 12.

After starting the season 1-3 the Panthers looked to be headed for another disappointing season. But, this team that finished 5-11 last season, turned it around by winning 6 our of their last 8 games. The only two losses were in week 9 against the Falcons and in week 12 against the Jets. Their last four games will be tough as they will take on the Vikings this week, then the Packers, Buccaneers and finally the best team in the league, the Falcons.

The Vikings have lost two in a row and have just one win in their last four games. Their playoff hopes could come to an end if they can’t figure out a way to get back to winning. Two out of their last four games are against teams with a winning record, the Panthers this week and the Packers in two weeks. The Vikings have not made the playoffs since Season 6, when they went on to 2K Super Bowl VI a game they lost 14-24.

The Cowboys are on life support, one loss in their remaining schedule would be the end of their playoff hopes. In order for them to make it into the post season they will not only have to go undefeated the rest of the way, but will need help. With teams ahead of them winning, the realistic way to the post season is winning the NFC East. 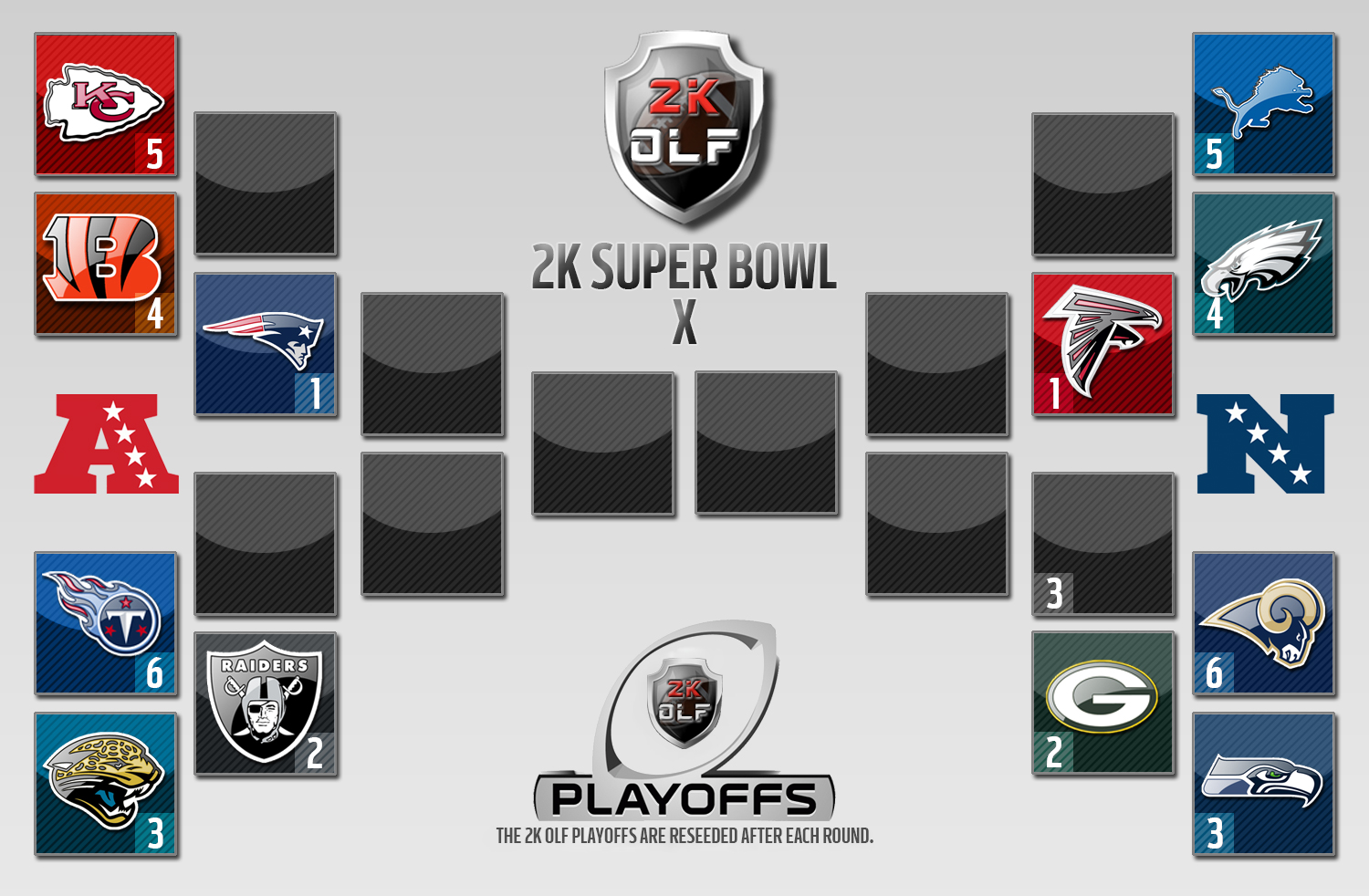