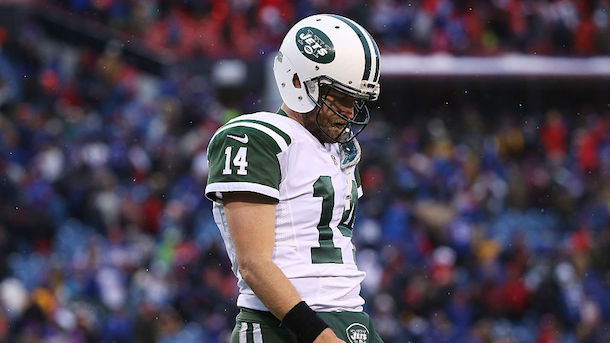 East Rutherford, NJ. — The New York Jets are coming off their best win of the season, but things are far from good when it comes to their quarterback Ryan Fitzpatrick. Fitzpatrick was bench in week 6 following a week 5 loss to the Pittsburgh Steelers, a game in which Fitzpatrick threw 3 interceptions. Gino Smith started in week 6 and came away with a win versus the Arizona Cardinals. “I think I did the right decision by taking him out last week. I felt he needed sometime to regroup, refocus and work on other things. We got the win last week, so I think it worked. We all feel pretty good about going forward with him as our quarterback and I expect him to have another good game this week when we take on the Browns this week.” Said Jets coach Todd Bowels.

On the other hand Fitzpatrick is not too pleased with some of the decision making going on, Fitzpatrick used his postgame news conference to call out his team’s coaches, general manager and even its owner. The 33-year-old quarterback’s beef? That they all stopped “believing” in him.

Jets fans and management aren’t too thrilled with those comments but if anything, Fitzpatrick might be able to use it to his advantage — he said, “I probably play better as an underdog, pissed off. Going forward, yeah, I’ll be pissed off.

Time will tell if that is true, for now all we can do is watch and see if the Jets soar or crash and burn.

Fitzpatrick: “I think I should start every week.”