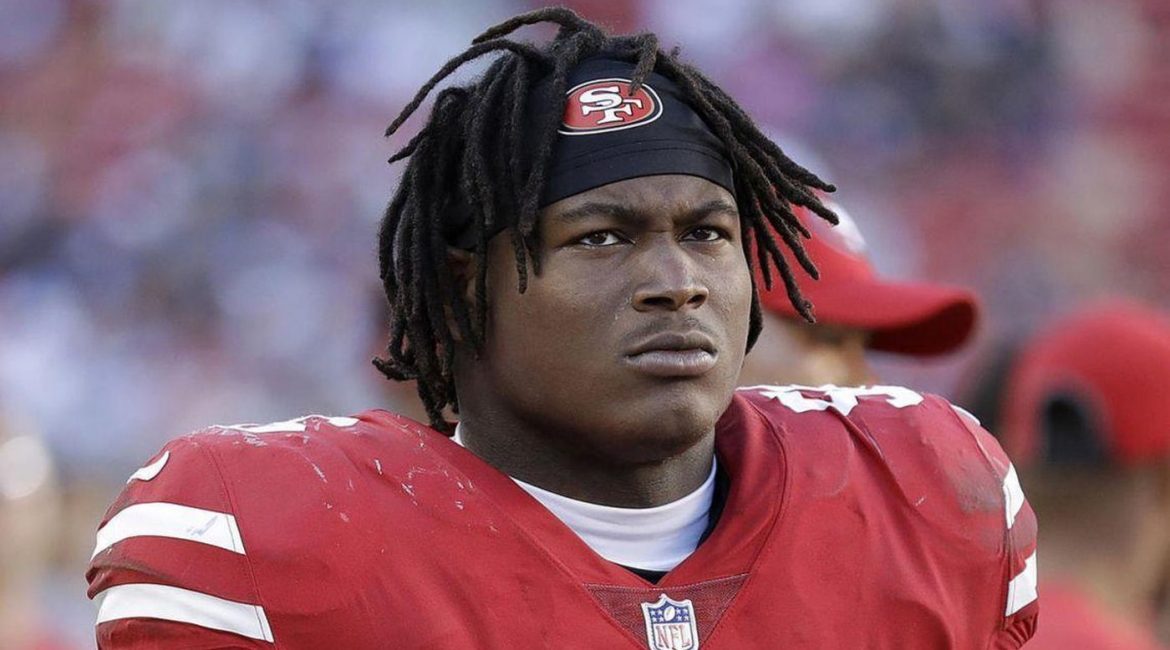 Sarah Ravani and Eric Branch of the San Francisco Chronicle first reported the news Sunday, noting Foster is being held without bail. Robert Salonga of the Mercury News added Foster was also charged on suspicion of possessing an assault rifle.

Two arrest in a month span has coach Mike Nguyen scrambling to find the next man up possibly getting ready for his suspension.

Coach Nguyen also had this to say,”We probably spent more time with him than anybody in the draft because we felt like it was necessary. We grew comfortable and we felt really good about him. It hasn’t been without bumps, as we all know, but we still believe in him a great deal. He’s got to stay—he knows it—he’s got to stay clean. We all know how special of a player he can be when he’s right. So he’s got to figure out how to stay healthy and stay out of trouble, but we believe he will do that.”

The 49ers are also banged up coming off their last preseason win over the Los Angeles Chargers.