Redskins are officially the team to beat 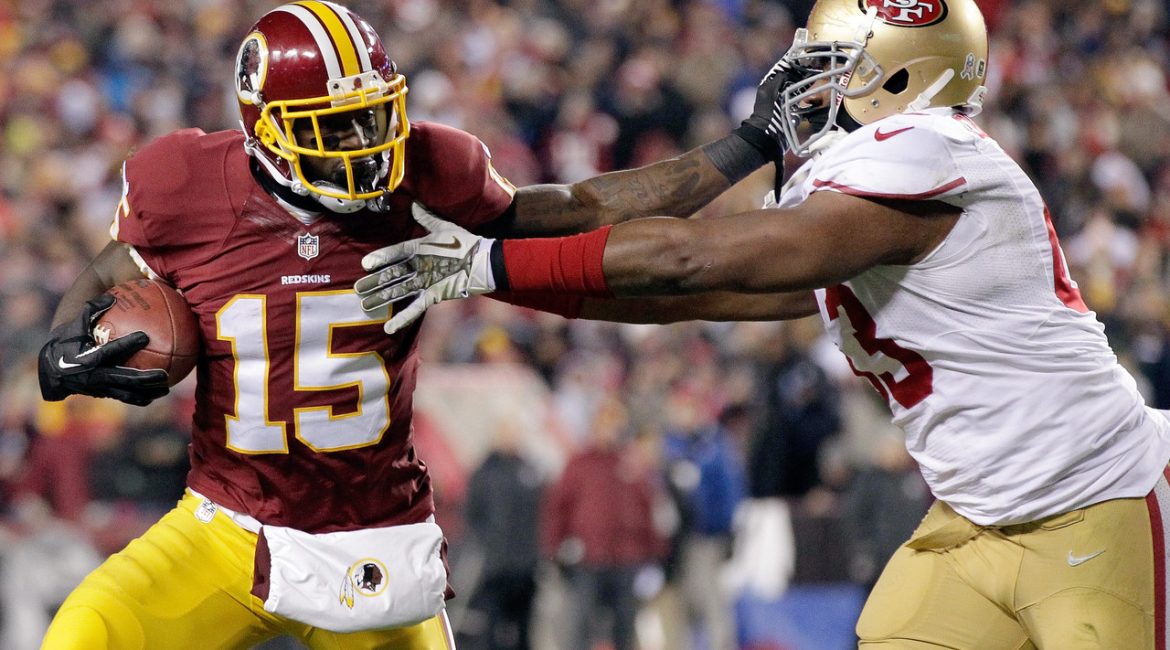 LANDOVER, MD — The Washington Redskins have now won 10 in a row, thanks to their strong play against the San Francisco 49ers.

The game was scoreless with 10 seconds left in the 1st quarter, Colin Kaepernick tried to pitch the ball to his half-back Kendall Hunter but it was picked off in the process by Redskins’ Ryan Kerrigan who took it all the way back for a touchdown.

The second quarter was a quarter of missed chances for the Redskins and 49ers as both teams missed field goals late in the quarter. Things would change in the final minute for the 49ers. Starting on the Redskins 28 yard line, Kaepernick managed to convert a critical third down and 10 by getting the ball to his wide receiver Keenan Allen to the 11 yard line. 49ers used their first time out with 23 seconds left in the half, then on 1st and 10 Kaepernick ran out of the pocket for an 8 yard gain and with 18 seconds left he called the 49ers second time out. Out of the time out the 49ers gave the ball to half-back Frank Gore who took it in for a touchdown and thanks to the extra point the game was all tied up 7-7 going into half time.

In the 3rd quarter, both defenses played well. But, with 4 minutes left in the 3rd the Redskins would regain the lead thanks to an 8 yard run by half-back Alfred Morris. Following the touchdown the 49ers were able to move the ball back up the field, but on a crucial 3rd and 11 they were unable to convert leaving them at the 32 yard line with 18 seconds remaining.