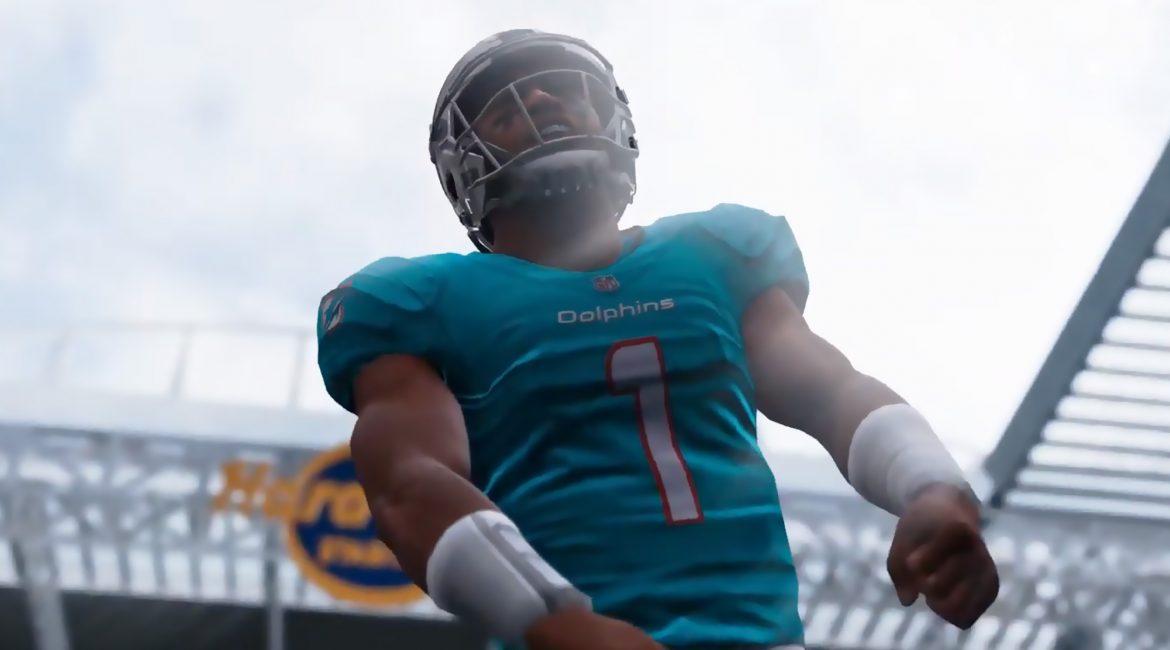 Miami, FL — If Los Angeles Rams‘ fans weren’t panicking already, now might be the time to do so.

The Rams took on the Miami Dolphins and from the first play of the game, they were in deep trouble. Their newly acquired quarterback Andy Dalton thew an interception that was returned for a touchdown on his first throw, as a Ram, and of the season. The Rams managed to tie the game late in the first quarter and for a while, it appeared Dalton was feeling comfortable with his new team. However, the first quarter would end just as bad as it started, this time Dalton would fumble the ball as he was hit by Dolphins’ linebacker Shaq Lawson, which was followed by a fumble return for a touchdown by Dolphins’ defensive tackle Davon Godchaux.

Down 7 to start the 2nd quarter, the Rams would once again tie the game thanks to a great throw by Dalton to wide receiver Cooper Kupp. With the score tied up the Dolphins once again made swiss cheese out of the Rams defense. Dolphins rookie quarterback Tua Tagovailoa threw a dart towards the back of the end zone to wide receiver Devante Parker. Down seven, again, Dalton would throw his second interception of the game on 3rd down, giving the Dolphins the ball at their own 48-yard line.

Rams head coach Jeff Jarin was clearly upset as he huddled both the defense and the offense together during the T.V. time-out. Whatever he said seemed to have worked as his defense sacked Tagovailoa on first and second down for a 22-yard loss. Dolphins would end up punting with just 62 seconds left in the half. Then on the very first play of the Rams new possession, Dalton hit his wide receiver, Josh Reynolds, cutting across the middle of the field. Reynolds caught it in stride and somehow managed to avoid Dolphins free safety Bobby McCain on his way to an 82-yard touchdown. With 45 seconds left in the half, it appeared both teams would go into the locker room all tied up, Tagovailoa had other ideas as he found WR Albert Wilson wide-open for a 55-yard touchdown.

It couldn’t get any worse for the Rams, could it? Oh yes, it can! With just eight seconds left in the half, Dalton threw his third interception of the first half, on a hail-marry play towards Kupp. The pass was intercepted by McCain and he somehow dodged three Rams’ players on his way to a 78-yard pick-six. Just like that, in a span of 45 seconds the game went from being tied 21-21 to the Dolphins having a 14 point lead.

The Rams could not recover from that ending to the first half. The Dolphins would go on to score three more touchdowns and a field goal in the second half. Dalton threw two more interceptions, to finish his debut with a total of 5 interceptions.

“We got away from our gameplan. We got frustrated as a team with how things went at the end of the first half. We just didn’t play as a team after that. Not much more to say, we choked to the worst team in the league. F***ing embarrassing.” said Rams’ right end, Aaron Donald, during his post-game interview.

For the Rams, this was their second loss in a row and their third in four games. They’ll have a bye week next, then they’ll be back at it in week ten against the Seattle Seahawks.

The win for the Dolphins is their first one of the season and perhaps they can use that momentum to their advantage as they will be on the road next week to take on another NFC West opponent, the Arizona Cardinals.