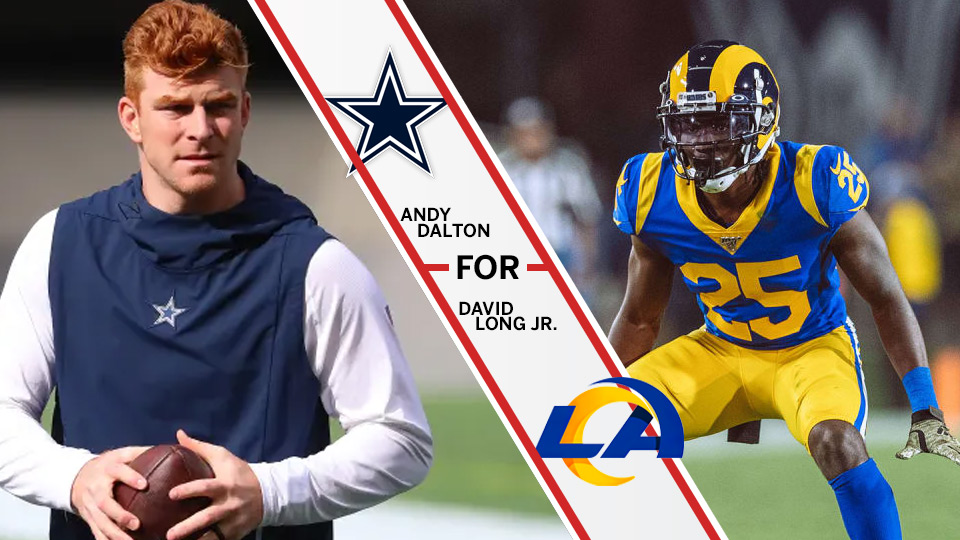 Salem, OR —  The Dallas Cowboys have traded backup quarterback Andy Dalton to the Los Angeles Rams, in exchange for cornerback David Long Jr.

The Rams needed to make a trade after losing their starting quarterback Jared Goff. The Rams announced last week that Goff will miss 6 to 8 weeks after suffering a dislocated ankle in their week six game against the San Francisco 49ers.

“It was an unfortunate injury. Anytime you lose your leader for a long time during the season it’s always a bad feeling. In the meantime, we thought brining in someone like Dalton, who has a lot of experience, would be a good fit while Goff recovers. We’ll work with him to bring him up to speed on our playbook and scheme, the guys and myself are excited to work with him during the next few weeks.” said Rams head coach Jeff Jarin during the Rams press conference.

The Rams are expected to start Goff against the Miami Dolphins this week.