Rams fall to eagles in a classic TRAP game. 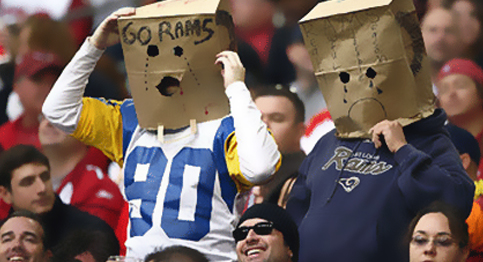 Coming off a emotional win last week, the Rams were looking to avoid a trap game, and see how they measured up to the NFC east Eagles. Quickly breaking the will of the Rams, the Eagles proceeded to Trap, trounce, and gash the young club. “Not going too much into the game plan, we failed to stop the run. we were Trapped, and Trapped, and Trapped.” said Rams coach, Davis. ” I also didn’t appreciate them(Eagles) looking to run the score up either. But that’s all ill say, so i don’t get fined or suspended. Trap.”

The Eagles mean time go to 4-1 and could take sole possession of the NFC East if the Seahawks take care of business on the road against the Redskins.