Raiders travel to Florida to take on the Dolphins 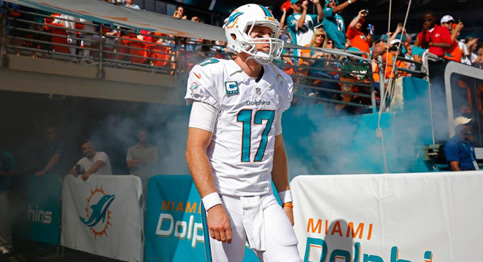 Miami, FL – Going into their week 8 bye, the Miami Dolphins were off to a hot start winning seven of their first eight games. The Dolphins maintained their great play all season long. When all was set and done they found themselves on top of the AFC East with a record of 12-4.

The Oakland Raiders thanks to their impressive defensive wild card performance against the Buffalo Bills.

With the win last week, the Raiders were able to avoid losing two games in a row after having lost their week 17 game against the Denver Broncos. The Raiders are 4-1 over their last five games.

Last time they met.
It has been a while since these two teams played one another. You have to go back three seasons, to Season 5 in week 4. The game was played at Wembley Stadium in London. It was an exciting game as it went into overtime. The Dolphins came away with the win following a 48 yard overtime field goal by kicker Caleb Sturgis.

Miami Dolphins
coach: Joe Philbin
Regular Season: 12-4-0
Experience: 2
Career Record: 25-7-0
Coach Philbin has taken the Dolphins to a new level this season. They had a great season last year, before getting eliminated in the AFC Championship. If coach Philbin  can get the Dolphins playing the way they did most of the season, look for them to make a deep playoff run.

Coach Farias is in the Divisional round for the second straight season. He has never made the AFC Championship, but hopes that with some new additions to the defense this season it will be enough to get him and his team over the hump.