Raiders get rematch versus Bills 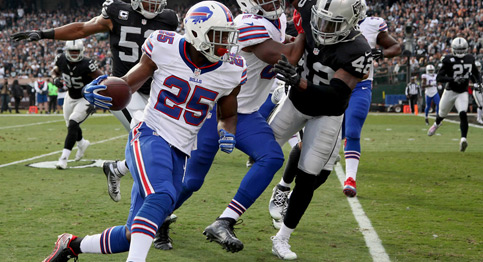 Oakland, CA – For the second year in a row the Oakland Raiders are in the playoffs following a 10-6 record that was good enough to win the division. They will host the Buffalo Bills at home in the first wild card game this weekend. The Raiders haven’t had much success at home this season; they finished the year with a 4-4 home record and are just 1-3 in their past four games at home. In those three losses the Raiders scored only two touchdowns, got shutout once and overall they were outscored 57-16 “The main thing we have to focus on is our execution and the fundamentals.” said head coach Max Farias. “Our turnovers have been the biggest pain but we just have to control the ball and get rid of it when needed. We can’t hold on to the ball too long. That falls on our execution as a team not just on Carr. It’s our protection and overall execution as a team.”

On the other side of the field the Buffalo Bills are coming in as one of the hottest teams in the AFC. The Bills finished the season with a record of 10-5-1 which put gave them the 5th seed in the AFC. This is just the second time the Bills have made the playoffs, their last playoff appearance was in season four when they went all the way to 2K OLF Super Bowl IV.