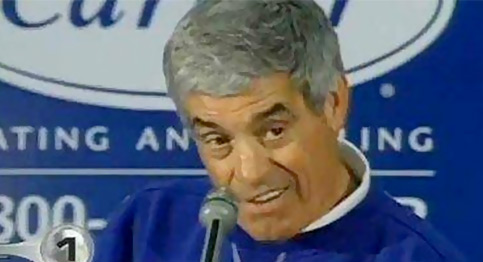 Salem, OR — “Playoffs!?..Don’t talk about playoffs!?” oh but Mr. Mora with five games in the books and all with playoff implications, we absolutely have to talk about the playoffs!

Things started a bit rocky for the Bills as the Steelers went up 0-6 thanks to an interception return for a touchdown by CB Ross Cockrell. But, the Bills hung in there and when all was set and done they came away with the win to improve their record to 7-5-1 and, for now, they move into the sixth seed thanks to the tie which counts as half a win. For the Steelers the loss drops their record to 9-4 and instead of having a two game lead for a first round bye, they will be just one game ahead of third place in the playoff race.

Speaking of third place in the AFC, the San Diego Chargers lost their second game in a row to the second best team in the NFC, the Carolina Panthers. The loss was a huge misstep for them as they fall to 8-5 and depending on who wins between the Oakland Raiders and the Kansas City Chiefs, the Chargers will drop down to a wild card spot.

Next up we have the New England Patriots who took on the Baltimore Ravens. The Patriots playoff hopes are on life support, they knew they had to win this game and that they did. The Patriots came away with a close 14-19 win which puts them one game above .500 (7-6). If they can string together a few wins in these final three weeks of the season and get some help, they might just sneak in as a wild card team.

The upset of the week, so far, belongs to the Minnesota Vikings with their impressive win over the Jacksonville Jaguars. The Vikings improved to 7-6 and if the Tampa Bay Buccaneers lose this week against the New Orleans Saints, they could find themselves in the second wild card spot.

Last on the list we have the New York Jets who went on the road this week to take on the San Francisco 49ers. The Jets needed this win to remain in the playoff hunt, but they put up one of their worst performances of the season. The Jets managed to put up just seven points while giving up a season high 41 points. With the loss the Jets fall to 6-7 and will need to win out the rest of their games, plus get some help to try and make the playoffs. On the other side of the field the 49ers improve to 8-5 and since the Arizona Cardinals (7-5) have yet to play their game versus the Miami Dolphins (10-2), the 49ers move into first place in the NFC west.