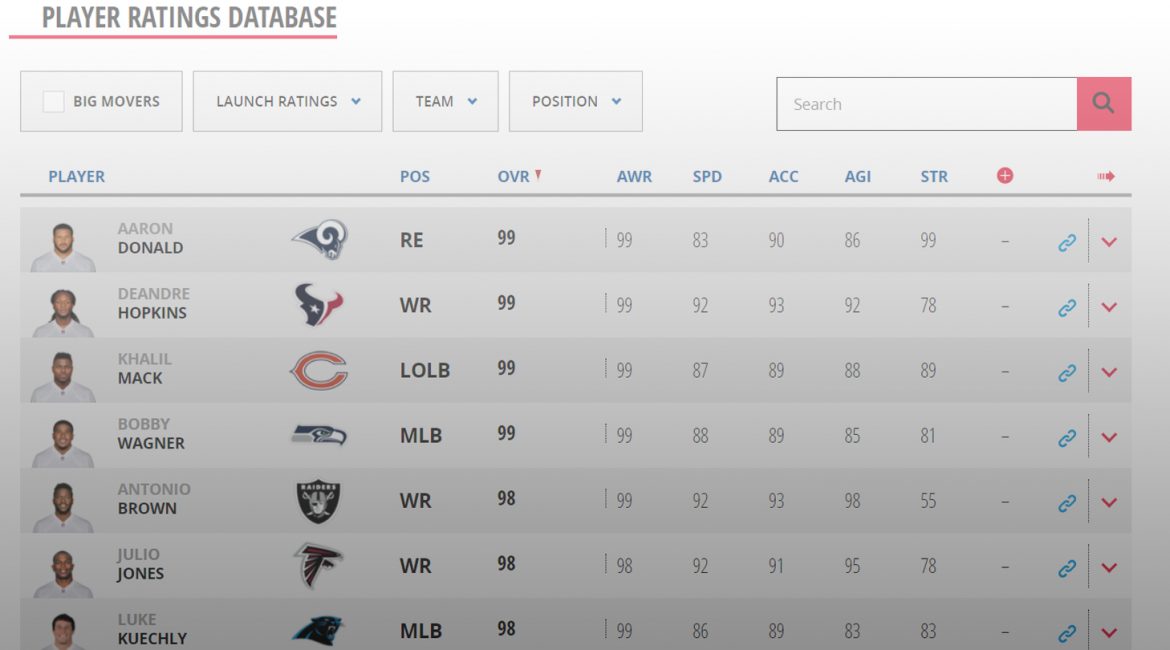 Salem, OR — Ever wonder what goes into coming up with player ratings for Madden? From the looks of it, it takes a team of nine analyst to come up with ratings that will capture a players essence and skills in a game that is played by millions each and every year. The video below is a glimpse into how it all comes together for the team at EA Sports in Orlando Florida.

Thanks but, no thanks

While it’s great for players to make it into the latest version of Madden, not all are happy with the results. Take for example Dallas Cowboys LE DeMarcus Lawrence, who had an outstanding season in this league, with 16 sacks and worked himself up to a 94 rating. But, once the new Madden is released, Lawrence will be seeing himself drop to a 90 overall rating.

HOLD UP @EAMaddenNFL you not just going to disrespeck me like that with an 89 and get away with it....PUT. SOME. RESPECK. ON. https://t.co/ndDkGvo7gx.

Chicago Bears backup quarterback Chase Daniel broke down the numbers for some of his teammates.

Rightfully so, the Bears are not happy about their Madden 20 ratings pic.twitter.com/uZj3IMGbo1

Overall, it’s a mix of emotions for players…

Click to see all of the #Madden20 Player Ratings: https://t.co/MpUmRKdxUK pic.twitter.com/A8YkGHcnOK

While ratings get debated, there are somethings that no one can argue with as they are as authentic as it gets. Like Tom Brady‘s infamous “No high five”.

Madden getting too realistic 😂

Safety Tony Jefferson probably summed up the feelings of most players after the ratings reveal.

Damn since I got the 84 madden rating I just purchased this shirt so fresh pic.twitter.com/pBmfnKz3ni