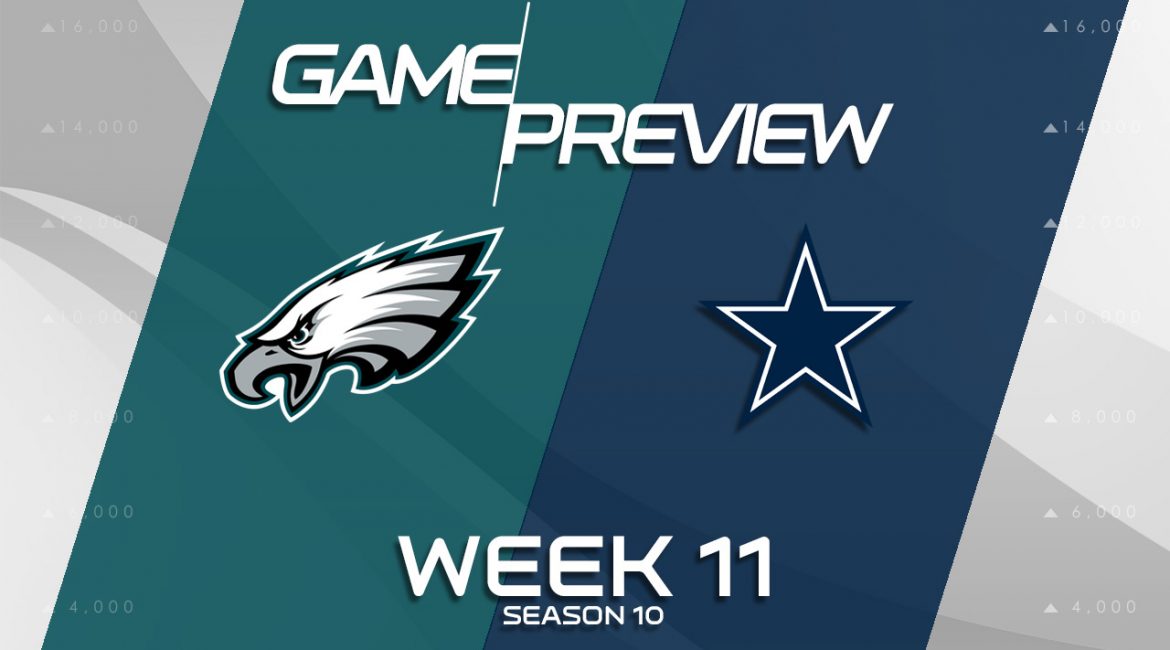 It’s not time to hit the panic button, but if the Dallas Cowboys don’t win their next game versus the Philadelphia Eagles, prepare to press it. The Cowboys lost last week to the Atlanta Falcons 17-27. In that game Dak Prescott had 2 touchdowns, 1 interception, 251 yards and completed 52% of his passes (13-25).  While those stats aren’t bad, it was their lack of a ground game that hurt them on offense. Most thought the Cowboys would split the work load between running backs Alfred Morris and Darren McFadden, but instead, they elected to only use with Morris. Morris had only had 7 carries and five of those were in week 4 against the Los Angeles Rams. The rust was evident against the Falcons, as he misread holes and only rushed for only 40 yards. 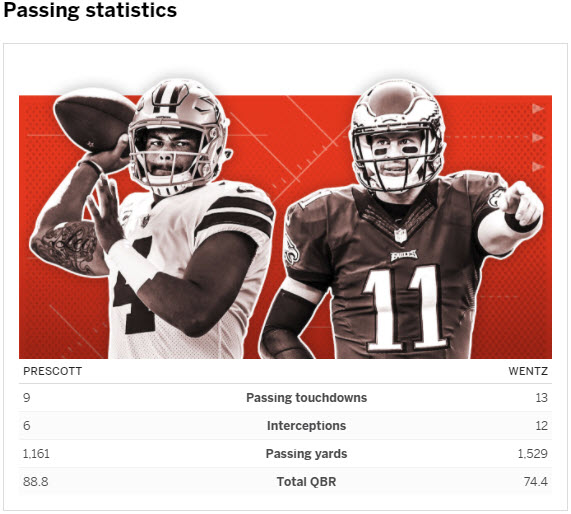 With Ezekiel Elliott out and not available to return until the Cowboys’ week 16 game against the Seattle Seahawks the Cowboys know they have their work cutout. Three of their next four games are against their division rivals and it all starts with the Eagles. The Eagles have a one game lead on the Cowboys and have been playing above .500 all season long. They’ve also won and played the most division games, 3, and are 3-1 on the road this season. Their one loss on the road this season was in the nail bitter against the Carolina Panthers in week 6.

While most will be looking at the match-up between Prescott and Eagles quarterback Carson Wentz, it’s the Eagles rushing game that should be a focus for the Cowboys. The Eagles have the number one running back, LeGarrette Blount leads all rushers with 909 yards. Blount averages 101 yards per game, 18.4 yards per attempt and also leads the league in yards after contact with 140.

If the Cowboys want to have a shot at winning this week, they have to contain Blount and get their own running game going, otherwise prepare to press the panic button.