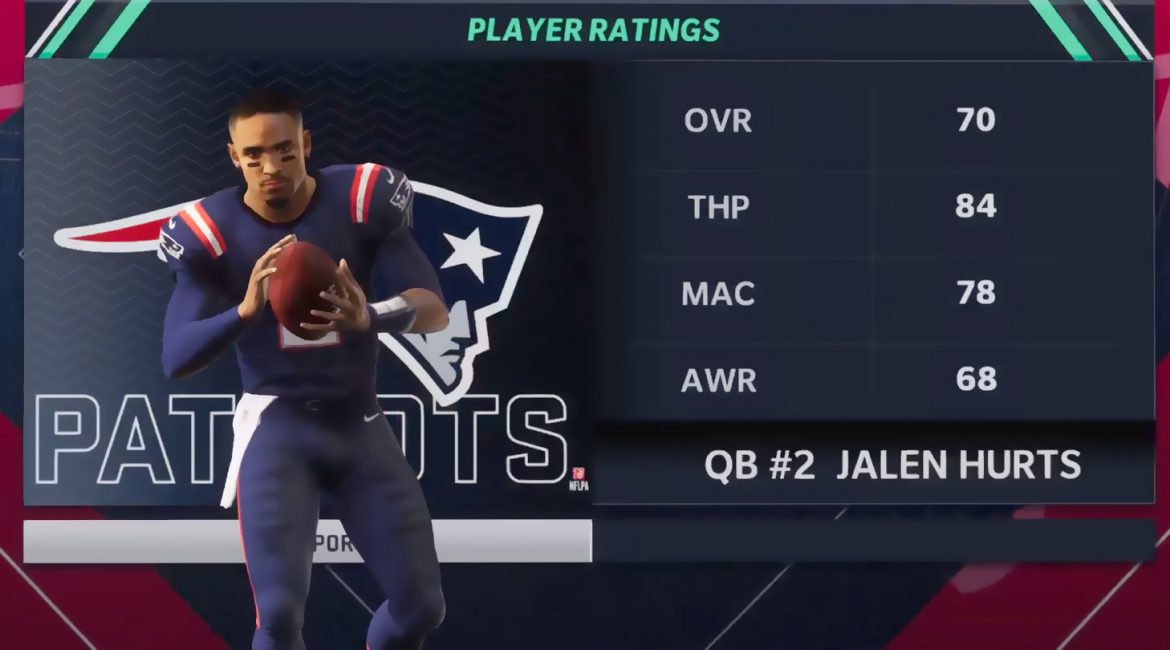 Foxborough, MA — The New England Patriots front office decided to let the reigning MVP of the league, Cam Newton, walk in free agency. In return, they have acquired an intriguing prospect from the Philadelphia Eagles, quarterback Jalen Hurts. The Eagles already have their present and future quarterback in Carson Wentz, therefore they were able to move Hurts for pieces to support Wentz.

Hurts had no ordinary college career. He was the incumbent starter at Alabama until fellow rookie phenom, Tua Tagovailoa, took over after half time at the 2018 College Football Playoff National Championship game. Tua led the Alabama Crimson Tide to a bowl victory and held onto the job until he was drafted to the 2kOLF. Hurts, on the other hand, transferred over to Oklahoma and had a decent run of his own. Although he did not win a national championship, he was a runner up for the Heisman trophy and posted up monster statistics as a quarterback. To further highlight his college accomplishments, he had a 32:8 TD:INT ratio and rushed for 20 touchdowns.

Hurts now has a hurdle in the league. He has to prove himself to the league and his coaches that he belongs. Through two preseason games, it has been transparent that he has not adjusted to the speed of the league. Hurts has thrown for 2 touchdowns and 5 interceptions. He is also completing only 51% of his passes while posting a 45.2 quarterback rating.

Hurts has two more preseason games to convince the Patriots front office that he has potential, otherwise, he may be on the chopping block once again.