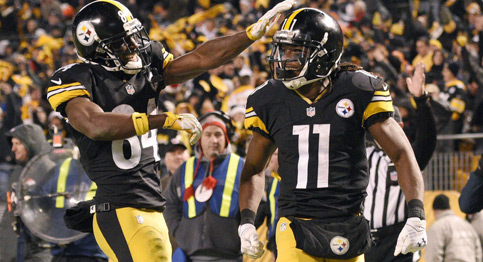 Pittsburgh, PA – A loss like this isn’t supposed to happen, not to a team that has gone to three AFC championships in a row, not to a team that has appeared in two Super Bowls in the past three seasons, and especially not to a coach that has lost just once against the home team’s head coach in the past eight seasons. But, it has happen and now the New England Patriots’ season is over following an incredible game that went into overtime.

Down 21-14 the Pittsburgh Steelers managed to score a game-tying touchdown late in the 4th quarter. With 2:34 left in the game, it was plenty of time for Tom Brady and the Patriots to march down the field and score a touchdown or a field goal and as always, the Patriots’ late game heroics were in full effect. The Patriots, on seven plays, managed to move the ball 73 yards to get to the Steelers’ 11 yard line and set up their kicker Stephen Gostkowski for a game-winning field goal. Gostkowski has been outstanding all season long and was 2 for 2 in this game. Unfortunately for Gostkowski, that perfect streak vanished when his field goal try was no good as it sailed far right, which kept the game tied 21-21.

In overtime, the Steelers won the coin toss and elected to get the ball first. They began their drive from their own 25-yard line and after five rushing plays, by Steelers’ HB Le’Veon Bell, the Steelers moved the ball to their own 44-yard line. Then it happened, on the only pass in overtime Ben Roethlisberger, Steelers WR Markus Wheaton would take a pass on a screenplay, down the sideline, and all the way in for a game-winning touchdown.

Game Ball
In his first playoff game, Le’Veon Bell was a huge reason the Steelers pulled off the win. Bell rushed for 144 yards on 18 attempts and had the game’s longest run when he broke away for a 76-yard touchdown run to tie the game late in the third quarter.

Key Stat
Year in and year out, the one weakness the Patriots have had is their running game. They had gotten away with it last season, but this season it proved to be a key stat that cost them big. The Patriots had just 28 yards rushing in this game. “You have to give them credit, their defense was just on it tonight,” said Patriots head coach Sean Nguyen. When asked why they didn’t run the ball more he said “We had a game plan, we stuck with it and we just fell short of our goal.”

Up Next
A lot of questions will be asked as the Patriots enter their offseason. Will Tom Brady retire (again)? If so, who will replace him? Will coach Nguyen address the running game? We’ll know the answers to those questions eventually. For now, the one thing that’s for certain is that this loss will be one they will be thinking about all offseason and the missed field goal by Stephen Gostkowski will haunt him for a very long time.

The Steelers will celebrate this win tonight and put it behind them tomorrow. They will now head out on the road to take on the surprising team to come out of the AFC South, the Jacksonville Jaguars.