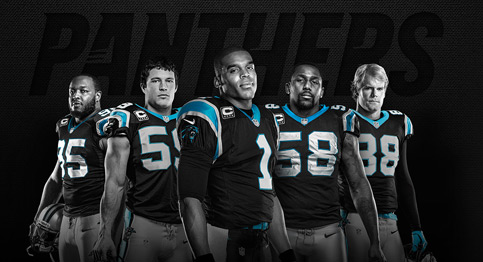 Charlotte, NC- In a shocking announcment earlier today , we learned Panthers owner Jerry Richardson announced that general manager Dave Gettleman has been relieved of his duties. This comes only 1 season after we saw the Panthers winning the 2K OLF Super Bowl VIII, but this past season was a total disaster and nothing seemed to go right.

In the year following there amazing super bowl run the Panthers finished an abysmal 4-12 and failing to make the playoffs. Alot of the failure of last season was mainly due to the offense, of course starting with the quarterback Cam Newton who had a terrible year, failing to reach 3,000 yards and 20 touchdowns, he finished with 2,848 yards and a 62.5% completion percentage to go with a career high 25 interceptions and only 19 touchdowns and along with Johnathan Stewart turning in another sub par year. He has to be worried that they spent a high round draft pick to secure a talented Stanford Running Back in Christian McCaffrey.

We got to speak with Coach Miller shortly after we heard the news and this is what he had to say – “Shocked, i was shocked when i first heard the story. I cant help but feel that I played a part in this decision, coming off a terrible year for us, nothing seemed to go right on both sides of the ball I need to do a better job of keeping everyone motivated and reaching their potential. I don’t know if you would call it a Super Bowl hangover or just poor football, but all i know is that i’ll have these guys ready for the upcoming season. This type of effort will not be tolerated for another season i can tell you that!” Harsh words to hear from the Coach, considering there have been rumors that he is next on the chopping block and according to sources he already has the Buffalo Bills in sight as his next landing spot.