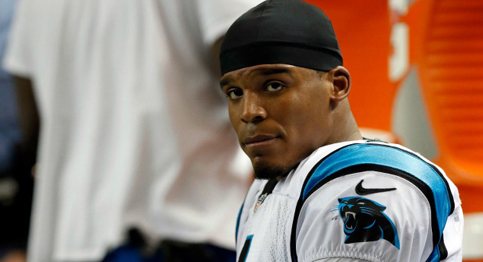 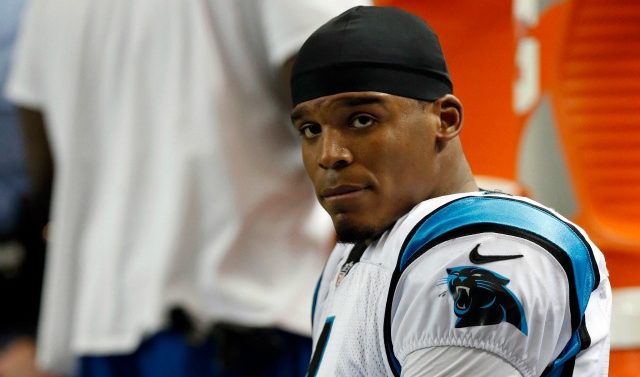 Charlotte,NC — Just like last season the offense was unable to get anything going consistently, again the offense was plagued by drops on key plays, including a pass that went in and out of Greg Olsen‘s hands in the back of the end-zone. It looked like Cam Newton was still shaking some rust off after having shoulder surgery in the off season, he ended the game with an abysmal 45 completion percent and a 69 QBR. Newton had this to say when asked about his shoulder, “It was a little sore, but there were some throws out there that i should have made regardless, I’m a quarterback and I need to make those. I have to be better with my decision making and be a little more patient and take what the defense is giving us rather then trying

to make something happen.” While the run game wasn’t impressive it was serviceable, Rookie Christian McCaffery was able to record 37 yards on 11 carries and added his first career touchdown as well. If they want this passing game to succeed they will need to be able to run the ball more then 11 times, just to keep the defense honest. If this team wants to make it back to the post season they are going to have to be able to score points, field goals aren’t going to win games against good football team’s.

It’s not all doom and gloom though, Kelvin Benjamin looked good, hauling in 2 receptions for 45 yards, after reporting to training camp a “little heavy” Coach Mark Miller said. “I’m pretty excited to see what rookie Curtis Samuel will bring to our offense, once he gets a little more comfortable, throughout the season” said Coach Miller speaking at

the post game, And why wouldn’t he be excited? This kid brings speed to the slot, which he promptly showed off on his touchdown. With his big play potential he certainly has a shot at cutting into Devin Funchess’s playing time, last week he had 3 drops to Samuel’s 1. Hopefully next week against a tough bills defense, which only gave up 7 points to the jets, this offense can pick it up and show that they aren’t scared of the end zone. Look for Cam to look a little better as the season goes on as he tries to get up to game speed after his surgery .