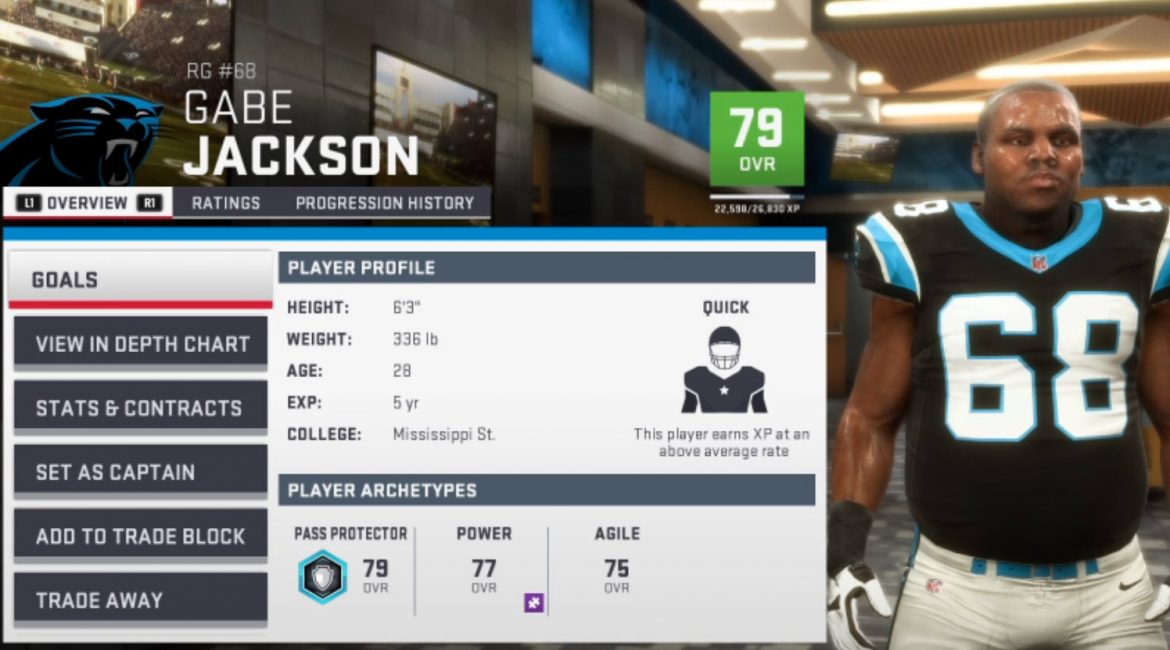 Charlotte N.C.- It seems like the Carolina Panthers front office wasn’t satisfied with staying put after a big road victory against the Los Angeles Rams. We have just received breaking news that the Panthers have agreed to a trade with the Oakland Raiders.  The trade consists of RG Gabe Jackson in exchange for LOLB Dee Ford and RG Matt Kalil (pending all the physicals check out).

The Panthers signed Ford this past off season, but has found limited playing time with the team opting to run more nickel coverage. Second round pick Christian Veal has also been outperforming Ford this season, including during practice. As for Kalil, the team felt he never got back to the player he used to be after missing all of last season due to injury, his play has been average at best and he has had plenty of costly penalties that have stalled drives this season.

With the trade the Panthers get back a younger, very talented, and strong right guard they so desperately needed to help a struggling offensive line and to help keep Cam Newton, who is having one of his worst seasons under coach Miller, upright and out of harms way.

A groggy coach Miller was excited as he could be ” Huh, we did what? Is it really 3am….?” some ruffling in the backround  “Oooooo wow, I cant believe they pulled it off, I know before i went to sleep 3 hours ago we had talked about targeting him, but I didn’t think we would get anything done this late in the evening. Those dang west coast GMS and there crazy hours get me every time, but i’m super excited to have a player of his caliber on our team and this should definitely help us continue in the right direction on offense. Now if you don’t mind I’m going back to sleep.”