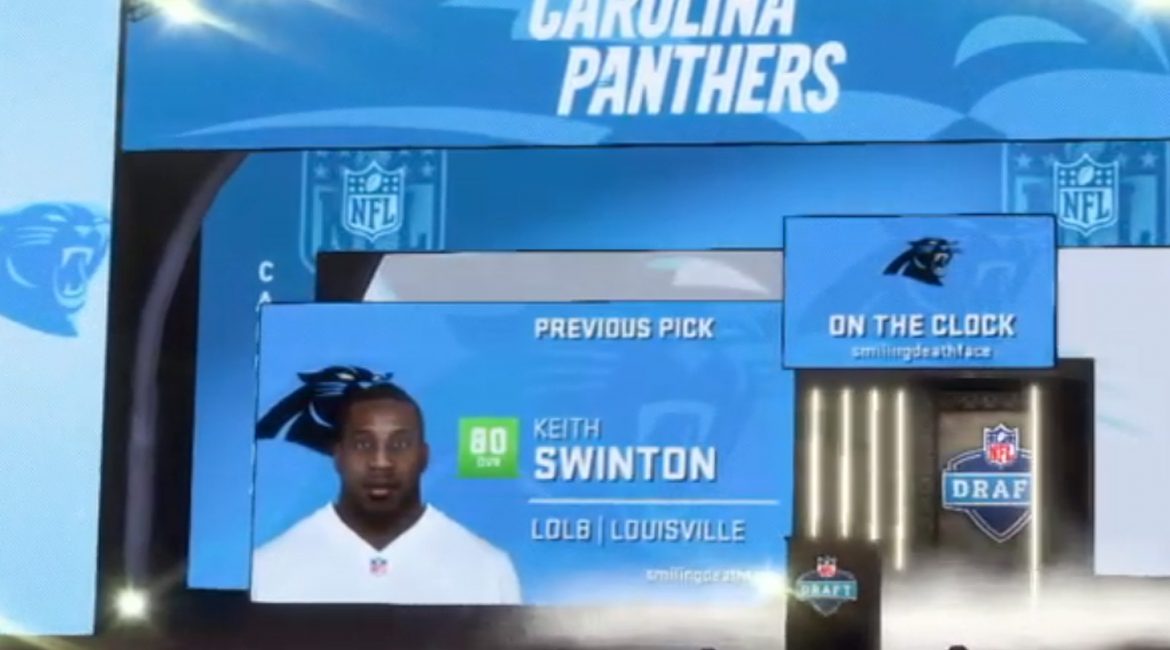 Charlotte N.C —  After finishing in the bottom half of the league in defense the Carolina Panthers knew they had to go defense heavy in the draft, they made good use of all the draft picks they stocked up on during the season, and 8 out of the 12 picks were on the defensive side of the ball.

“We definitely wanted to address our need on the defensive side of the ball, mainly our front 4. We had trouble putting pressure on the QB last season and stopping the run.” coach miller addressing the media after the draft. “We were really hoping that [Parker] Childs would be there at number 3 overall, but his numbers were off the charts and we knew he probably would be the 1st overall pick, but we had the Heisman winning MLB Keith Swinton rated really high on our board and we’re pleased to be able to grab him. Don’t quote me on this, but we might end up moving him from his linebacker spot and try him out as a defensive end, just so we can get all our rookies time in the preseason.”

That is a weird statement considering Swinton was picked with the number 3 overall pick, but it looks like the team is really considering it after they were able to find a diamond in the rough in MLB Trey Leshoure. I’ve seen Swinton taking snaps at right and left end, and he has looked extremely comfortable there.

They also were able to address concerns at the defensive tackle spot, another luxury in acquiring all those draft picks, by drafting 3 DT’s in the first 2 rounds Rashaud Woody, Lesean Robinson, and Latavien McMurray.

Last season they were so terrible at stopping the run they would have to play heavy run commit and it would often still get beat! They made sure to target strong players, all the defensive tackles have over 32 reps on the bench press and all have tremendous upper body strength.

So, running on this team is going to be a definite challenge for opposing offense, and the hope is to be able to make the offense one dimensional.