Packers dominate Patriots in the first game of the preseason 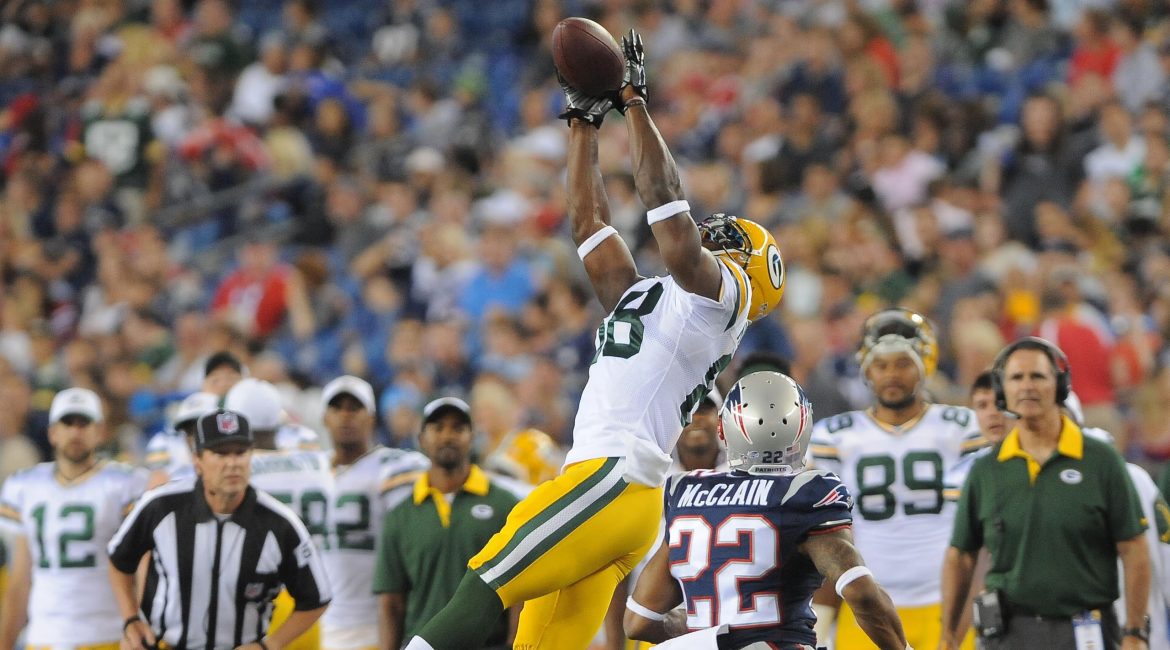 Foxborough, MA — Coach Nguyen returns to the New England Patriots after suffering a devastating loss to the Seattle Seahawks in Season 5’s Superbowl.

The visiting Green Bay Packers dominated the Patriots in all phases of the game. The pass rush led by Packers’ head coach Roberts forced second year (and possibly the future) QB Jimmy Garoppolo to take 5 sacks and throw 4 interceptions.

The Patriots were completely shut out after the starters left in a 33-7 loss while the Packers were able to add on points in every quarter of the game. QB Scott Tolzien was finished the night with an acceptable 90.6 QB rating. As for QB Jimmy Garoppolo, he underperformed with a horrendous 34.8 QB rating.

Gameball
The anticipated return of James Jones was special. He finished the night by hauling in 3 receptions for 90 yards and one touchdown. He also ran the ball on an reversal for 10 yards.
Jame James: “It was great being back with A-Rod and the boys. I’m glad that I have an opportunity to play again with a classy organization.”

Post game
Coach Nguyen kept his post game press conference straightforward and to the point.
“Our first team starters hung in with them, but the second team couldn’t. We had missed tackles, gave up easy sacks, and just surrendered too many big plays that lead to points. I know these are second string players but what if our starters were to get injured in the regular season? We need players to have that mentality of being ‘the next man up’.”

The Patriots will travel to face the New Orleans Saints next week, and the Packers will be on the road again against the Pittsburgh Steelers.