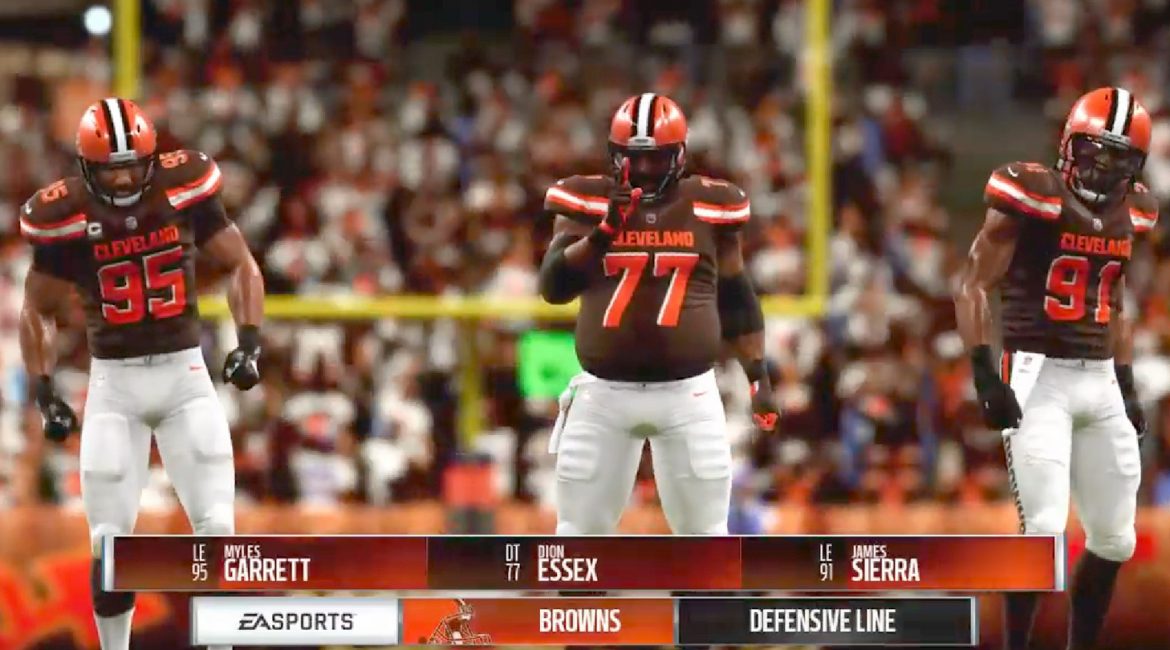 Cleveland, OH — Looking back at the Season 15 draft, the Cleveland Browns drafted an interesting selection of players. The team had several needs to fill and it appears as if they avoided to fill those needs. Coach Farias was unable to attend the draft due to certain circumstances and it was up to his staff to conduct the draft without him. Out of the nine draft picks they had available, five were defensive players. Of those five, four were defensive backs.

Beginning with the offense, the Browns selected  Leo Gatewood with the number 24 pick in the draft. Scouts previously mentioned the Browns were looking for power backs as they are leaning towards a more power run game. Gatewood was one of the highest rated running backs in the draft with a rating of 81 overall. While the Browns had him high on their board, they were not expecting him to fall to them at pick 24. Rumor was the Browns were focused on drafting an offensive lineman in the first round. At least that was Coach Farias’ preference but Gatewood was a player they could not pass on.

In the second round, the Browns selected stud defensive lineman from Syracuse James Sierra. Sierra was a definite need as he will be insurance in case Myles Garrett does not resign at the end of the season.

In round three the Browns selected Brody McDowell. While McDowell has tremendous ability, he has a bad habit of dropping passes which is something Coach Farias despises. It will be interesting to see how long McDowell will last in a Browns uniform.

The next four picks were, as mentioned earlier, were defensive backs. Laterrius Gatewood, Bradley Goss, Gregory Levine and Mitchell Breckner were selected in that order. The Browns already had plenty of depth at defensive back so some of these selections are a head scratcher.

Earlier in the sixth round, tight end Brady Wiegmann was selected. Here is another head scratch pick. While the Browns do need blocking tight ends, Wiegmann, just like McDowell, drops passes.

With their last pick, the Browns selected Collin Nading, a right tackle from Boise State. Offensive line help is a major need for the Browns as the current lineup is aging and contracts are expiring. The o-line needs youth and the Browns were lucky to find Nading. While Nading holds solid pass blocking traits, it’s his run blocking that needs work.

Overall, the Browns draft was solid as far as talent is concerned. While Coach Farias did not participate in the process, management did its best in his place. Word from a credible source has mentioned that, while pleased with some of the talent, Coach Farias was not happy with the skill set that some of these rookies possess. So what is most likely to happen is that half of their rookie class will go to the practice squad. The remaining rookies will either contribute to the field or be traded. More to come.