Next Man Up Mentality Leads Titans to 4 In A Row 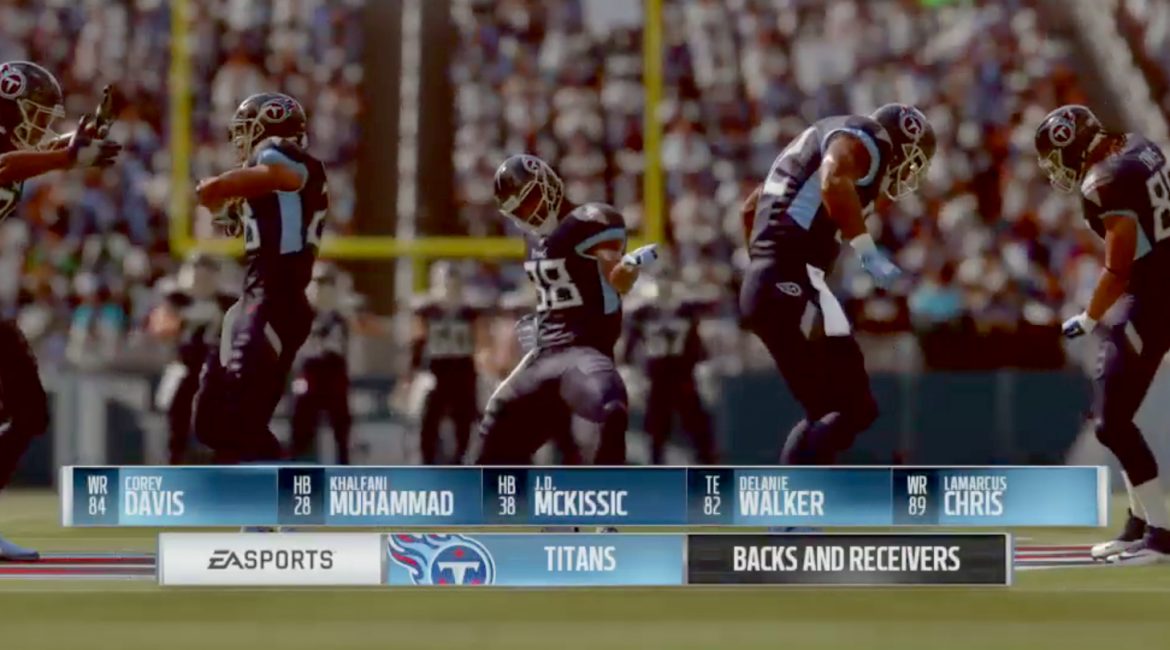 Nashville, TN — The game of football is brutal on the body and the mind, and no more so than in the 2K Online Franchise League. With that said, sometimes teams ability to plug and play 2nd and 3rd string players can drive them overcome the knicks and bruises of a full 2K OLF season that limits or prohibits starters from playing.

The current Tennessee Titan injury report is a laundry list of stars:

Every single one of these players were starters at there positions, and key contributors to the success of the Titans early in the season. Despite this: The Titans are 7-1-1 and just won 4 straight. Alot of this has come off the contributions of new stars to the team. Rookie wide-out Lamarcus Chris is now second only to TE Delanie Walker in receptions and yards for the team, while leading in receiving touchdowns with 3. His speed and flexibility has also aided the ground game as he’s gone in for 2 rushing touchdowns also.

But the biggest contributor by far to the Titans continue success didn’t come from the draft, but off the couch in free agent acquisition J.D. McKissic. Down to just one healthy running back on the roster, McKissic signed with Tennessee expecting the ride the bench as a backup. Instead he’s been the lead man ever since. The 3rd year pro is only averaging 9.8 attempts a game since joining the team, but has made it worth it with a whopping 6.8 yards per carry average and 3 touchdowns. He’s also added 12 receptions for 159 yards. All this in just 4 games with the Titans.

Tennessee continues its march toward the playoffs as they lead the AFC South and currently hold the 2nd spot in the AFC seeding. They hope before that time comes they can return to health, but for now will continue riding their “next man” mentality to wins.