Newton and the Panthers return to the playoffs 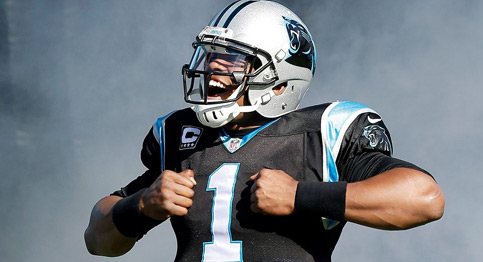 Charlotte, NC — The Carolina Panthers are back in the playoffs for a fourth straight season thanks to their 12-4 record. Ex-head coach of the Cincinnati Bengals, Mark Miller, was hired this off-season in hopes he can lead them to 2K OLF Super Bowl VII. So far the plan is working as coach Miller brought them to a first round bye in the playoffs.

The Dallas Cowboys are back in the divisional round for the first time in two seasons. They defeated the Arizona Cardinals in one of the best performances ever by a rookie running back.

Streaks
The Panthers are one of two teams that entered the playoffs on a two game losing streak. They lost their final home game against the Atlanta Falcons in week 16, and then the following week they lost to the Tampa Bay Buccaneers on the road.  In their last five games the Panthers are 3-2.

Thanks to their win last week, the Cowboys are now on a three game win streak and are 4-1 over their last five games.

Although coach Miller has lost both times he made the playoffs, this season has turned out to be his best yet. He has never finished a season with 12 wins, he has never had a first round bye and he has never had a team that has one of the most talented quarterbacks in the league.

Coach Perez is back in the Divisional round for the first time in two seasons. He has never defeated the Panthers and has lost to coach Miller in the one match-up they had. The odds are not against him, but like all good or in this case, bad, must come to an end. If he can get his rookie QB from making mistakes and even half of a performance, like last week, from his RB Elliot he should break his bad streak.