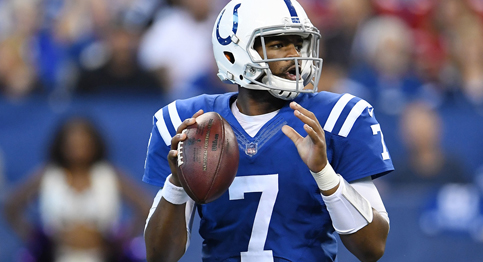 Foxborough, MA — With an aging Tom Brady who is at crossroads with father time, the New England Patriots decided to bring back the quarterback that they drafted in the 3rd round of the 2016 Draft.

With plenty of depth at the linebacker position, the Patriots shipped linebacker David Harris to the Colts. “David Harris is a professional. During his time here, he was an important piece of the team. He was not only a player, but a coach for the younger kids as well. He’s exceptional. The Colts are in for a good one.”

The Patriots front office reached out to the Indianapolis Colts for a potential reunion with quarterback Jacoby Brissett. Head coach Sean Nguyen gushed over Brissett’s ability as a quarterback; “His ability to escape from a pass rush and then to be able to throw a bomb is incredible. He’s a great addition to our team, and could be the future of the organization.”

Coach Nguyen also added; “Look, Brady is a hall of famer, no doubt. However, we want to see where Brissett stands so he’ll eventually get a shot in the season.”