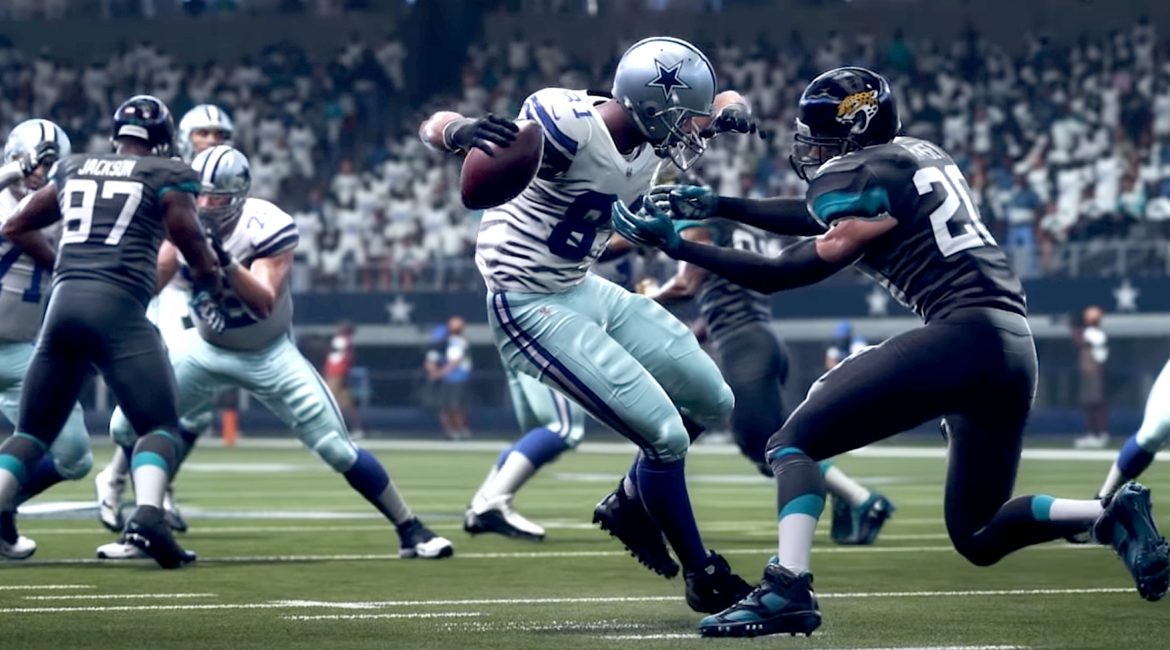 Building on the success of each Madden title means pushing the franchise to new levels of immersion. While other features, like Real Player Motion, deliver elements such as more realistic animations, a big avenue to achieve more a more immersive experience is through graphics and aesthetics.

This year, we focused a lot of our time and vision in raising the overall quality of our players to make them look as real as possible. We dialed in skin tones, worked on likeness, and added more scans to start towards our goal.

The switch over to Frostbite last season brought a new visual fidelity to Madden. Frostbite also gave us a much better space to get a lot of player features —like skin tones and likenesses — perfected, so now, in Year Two working with Frostbite, we were able to deliver more detailing around the skin and eyes, as well as player sweat. 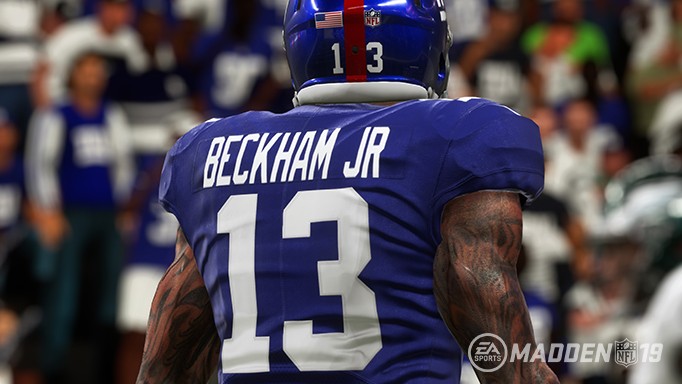 To drive this feature home, we added new player models to Madden 19 that get us closer than we have ever been to the actual representation of the players currently on the field this year in the NFL. This helps Madden deliver an unseen sense of realism to the franchise.

Along with these detailed changes, we added some bigger additions, such as the Elites and Legends teams, each with custom uniforms, as well as the new uniforms teams will be wearing this year. These teams include the Jacksonville Jaguars, Tennessee Titans, Chicago Bears, San Francisco 49ers, Miami Dolphins, and Pittsburgh Steelers.

But that’s not the only apparel updated. The Madden community has been hungry to see their favorite gear in game. In response, we added a wide selection of facemasks, gloves, and cleats.

On top of all that, we wanted Madden to truly deliver a sense of being at the game. In-game lighting has been adjusted to make things pop and help bring a next-level realism to the gamer.