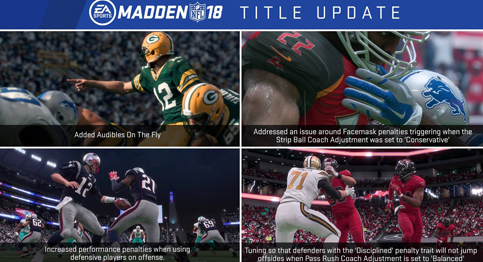 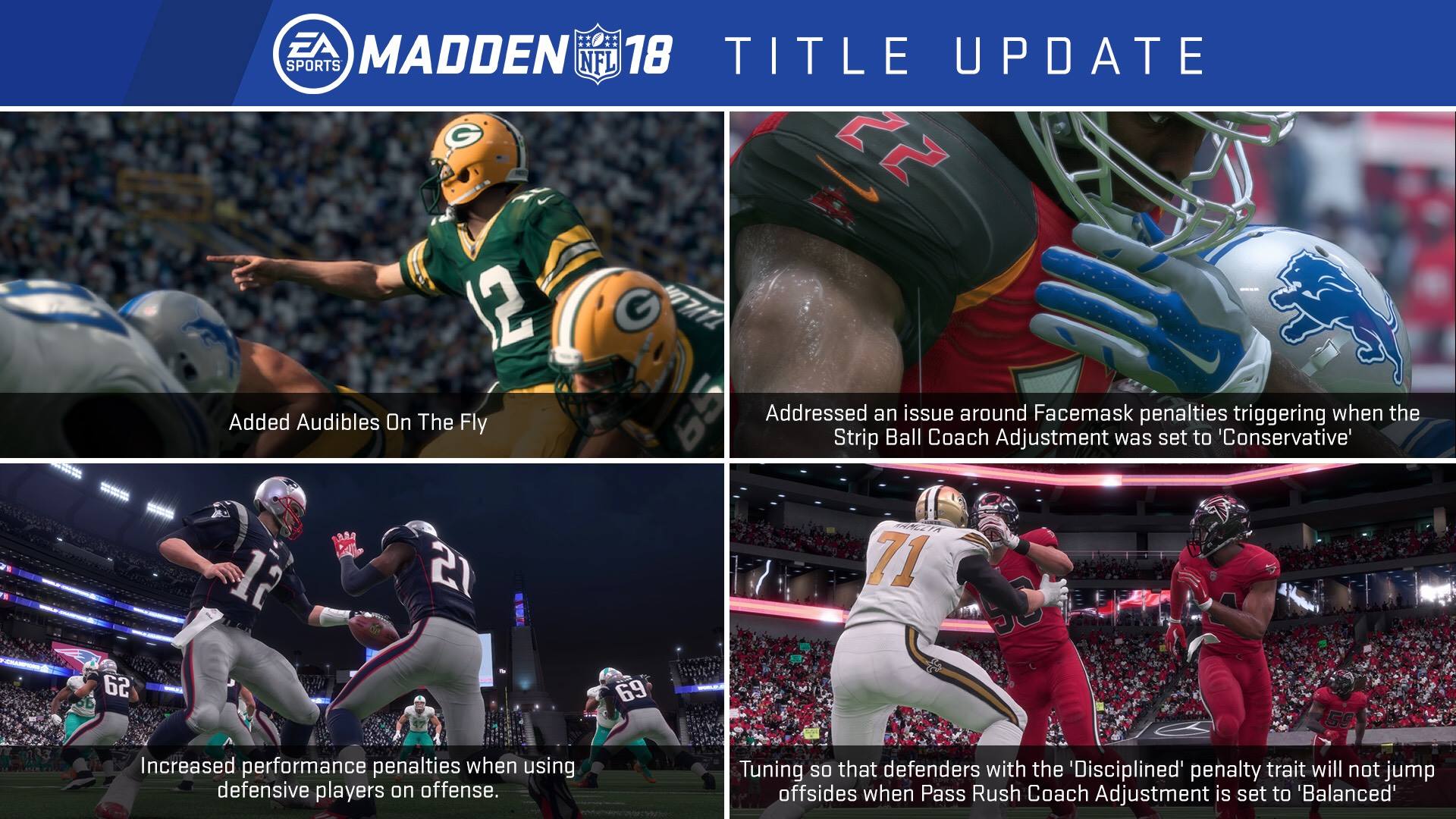 Salem, OR — Today EA Sports released another update for Madden NFL 18. The update addresses the lag issue on the play call screen many Playstation 4 users have encountered.

Another big update included “Audibles on the Fly”, which is a new feature that allows uses to change any formation from the Play Call screen at any point during the game.

Here is a detailed breakdown of what’s included in the latest title update now live in Madden NFL 18.

What is Audibles on the Fly?

Audibles on the Fly is a feature that allows users to change any formation audible from the Play Call screen at any point in the game.

This feature will bring a level of strategy to Madden that you see from the best players and coaches in the NFL by allowing users to change up their scheme or game plan mid-game to make “on the fly” adjustments to counter your opponent’s scheme. This feature also introduces custom audibles in modes like Madden Ultimate Team for the first time ever.

To access the audibles on the fly feature, you need to be selecting plays by formation when at the Play Call screen.

Once you have selected a formation and are at the Play Call screen, simply press LT/L2 to bring up the Replace Audible menu. The replace audible menu shows the list of audibles that are currently set for the selected formation. It’s easy to use:

Quick Audibles on the Fly FAQ

What audibles can I change and how many times can I use the feature in a single game?

Does the feature work for both offense and defense?

Which game modes does Audibles on the Fly work in?

Can I save my audible changes?

Deployed new technology that will help mitigate some of the disconnect issues. If you or your opponent are experiencing a network issue, you will see messaging in the UI letting you know of the problem and will attempt to reconnect you.