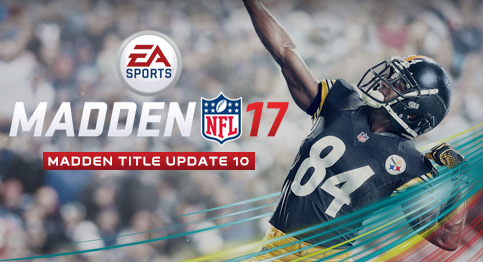 Yesterday EA Sports released a new title update for Madden NFL 17. This is a rare update in that it is a large update released after the NFL season has ended, especially considering gameplay is the focus of the update.

Some of the biggest changes include fixing RAC catches, a fix for CPU defenders going offsides in no-huddle situations, improvements to zone coverage for handling C routes, and an increase to the chance of fumbles when diving over the top of players, a fix for CPU punts into the wind, and more importance being given to the ratings of offensive lineman.