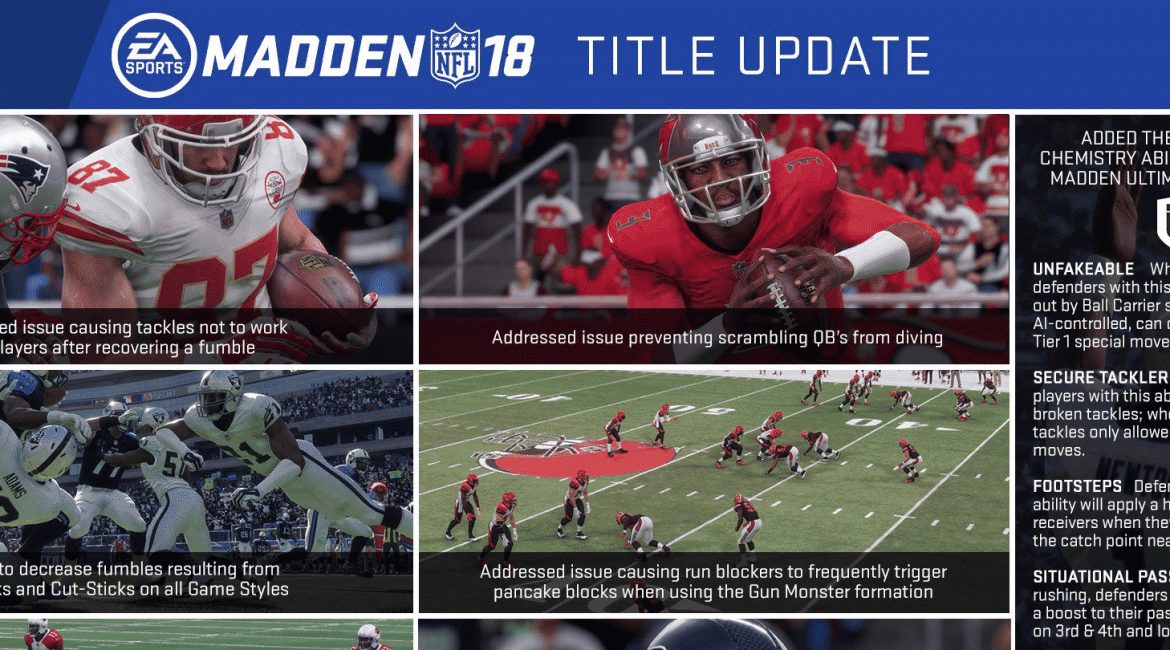 Charlotte N.C-  There were plenty of updates made throughout Madden 19 in this latest patch update. However, Madden 19 gameplay changes had the most to speak of. For example, this update includes a first in terms of a “post-launch update to Playbooks.” Never in the history of the game, has the Madden Dev team been able to support playbacks in their Title Updates.