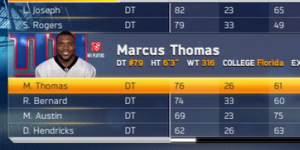 Madden NFL 13 endured league star Marcus Thomas’ ire yesterday, Kotaku discovered, after the New York Giants player discovered the game had a photo of a completely different Marcus Thomas in his profile. The Marcus Thomas it did feature (below right, after the break) last played in the league three years ago. 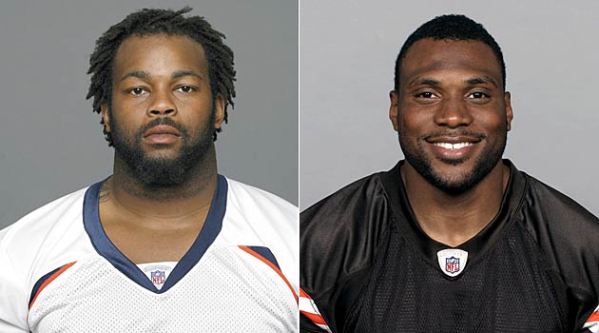 In a furious flurry of tweets – well, maybe not that furious – Thomas branded the football game “unprofessional” and “disrespectful.” The defensive tackle’s temper apparently cooled down once content producer Donny Moore tweeted he’d make the fix in Madden 13’s next update. As yet, we’ve yet to hear what the other Marcus Thomas thinks about that. Or Belgian actor Marcus Thomas. Or Marcus Thomas, LLC.