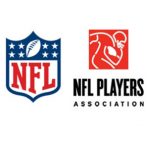 CLEVELAND, OH – The new head coach of the Cleveland Browns has been a busy man. He’s been fielding calls and working the lines to make deals in what he calls the best moves to make his team better. He has had numerous trade partners interested in players on his team, but claims he might have difficulty dealing them because of certain league stipulations. Scott was quoted saying ” I had two players come to me requesting a trade to other teams, but we’re told they were on a do not trade list.” Scott was sat down in a hearing with UNION stewards and representatives of the NFLPA. Scott said at this time he is unable to comment because there is a pending investigation, but he hopes that the league tries to do the right thing and avoid having grievances lead to arbitration.

Scott said “I understand there are certain guidelines, but sometimes things need to be discussed behind closed doors to come to a clear consensus on what is best for the league. I know it’s out of my hands, but I hope that the league would understand I’m in a situation that is not like many others. I am trying to build my team the way I know how and make it an asset to the league to drive up competition, sell tickets, and ultimately make our league a fun, challenging, and desired league to be in. I normally would never try to do such things, but I understand there is a rule that prevents the trade of draft picks until two seasons have passed. I’m not trying to re-write the rules. I just want to  be able to enjoy my time in this as a successful head coach and look forward to the next year when everything starts over. I’m running out of time and gaining more talent for certain individuals will help me fill the many holes I have to be more competitive.”

Scott said he was approached by other teams as well looking to make their playoff push and aquire talent they belive can get them to next level. He said he wasn’t trying to just give away talent and not recoup anyone or anything. Scott wants to make trades fair for both parties and not make the league lopsided. Scott fully believes with the leagues investigation they could come to see what he is doing is trying to make is great for everyone. He truly be lives no one is u touchable especially when Joe Thomas is currently on the block and was almost traded to Denver for their first Rd pick and two additional players to be named right before the trade deadline last season, but Denver and Cleveland failed to be able to renegotiate contracts to meet cap requirements.

Ultimately this could end up being a big black eye for the league if these players are blackballed from their legal right to ask for a trade or to be able to pursue better opportunities for theme and their families.