John Madden is back on the cover of Madden 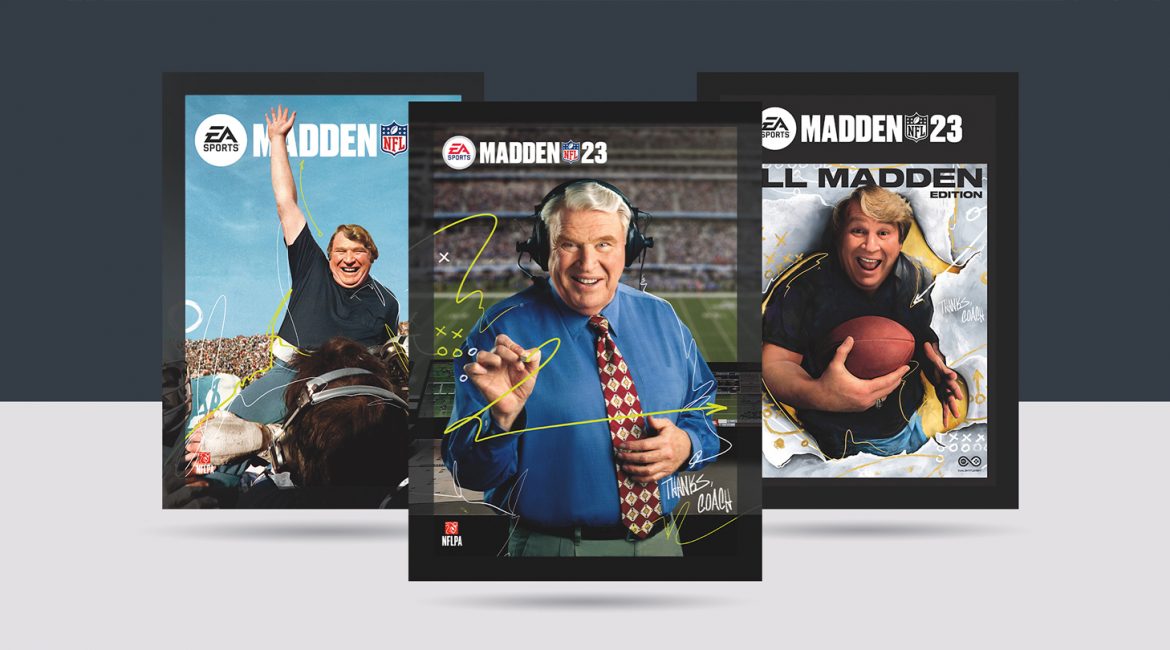 The legend lives on — and continues to play!

EA Sports announced last week that John Madden, a Pro Football Hall of Fame head coach of the Raiders, iconic NFL color analyst, and namesake of one of the most popular sports video games of all time, will return to the cover of Madden NFL 23 for the first time in more than two decades.

The news coincides with #MaddenDay, the anniversary of John Madden Football’s original release on June 1, 1988. In addition to the cover reveal, Electronic Arts provided an update on the $5 million John Madden Legacy Commitment to Education and the dedication of a field to honor John Madden.

One of the three Madden covers has Chuck Styles’ artwork, who also designed the Madden 23 All-Madden Edition.

“As someone who grew up loving football, playing in the suburbs of West Philly, it’s a full-circle moment to now be able to contribute to the culture of the sport by honoring an icon like John Madden, who has influenced generations of football fans through his passion for football and unmistakable energy, through my art,”

Styles said in a statement. 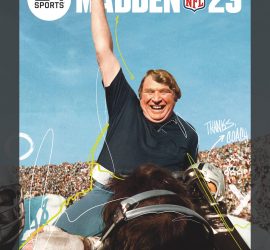 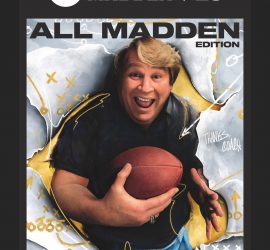 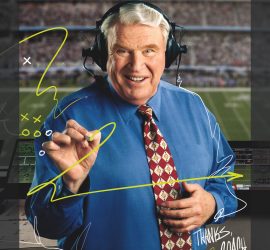 Madden’s gameplay advancements will be unveiled starting Thursday and continuing for the next few weeks. According to one significant reveal, the first interactive experience will have two versions of coach Madden guiding teams of “All-Madden” players against each other at the 1970s Oakland Coliseum. The voice of Madden will be back in the game thanks to remastered audio, keeping the notion of looking back while moving forward with improvements and renovations.

EA also announced on Wednesday that the John Madden Legacy Commitment to Education had pledged $2.5 million to fund College Track, Mission Bit, StreetCode Academy, and Girls Who Code programming for the next five years. In collaboration with the United Negro College Fund, the remaining $2.5 million from the Madden legacy commitment will be used to establish the EA Madden Scholarship.

“Coach Madden was a lifelong believer in the importance of education,” EA Sports executive vice president and general manager Cam Weber said in a statement, “and we’re privileged to support these amazing organizations that are creating opportunities for the next generation to pursue their dreams in his honor.”

In Madden NFL 23, which will be released by EA Sports in the coming weeks, Madden will be honored in a variety of additional ways.