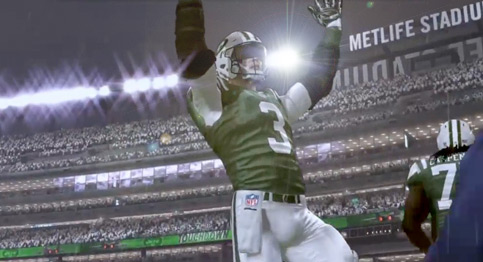 New York City, NY — Following a less than perfect season last year, the Jets are looking to get off on the right foot this season and following their first preseason game, it looks like they have indeed improved. The Jets surprised many by letting for of veteran quarterback Ryan Fitzpatrick and Geno Smith. The Jets opted to take their chances in the draft as they had a first and second round pick. With their first pick the Jets took QB Jackson Weeks.

Weeks had an okay game as he only played the first quarter, he completed half of his throws 4/8, threw for 65 yards and one touchdown. “I felt good out there today. A bit nervous sure, but nothing better than going out and finally getting snaps against a real team.” said weeks following the Jets 22 to 19 victory over the Tennessee Titans.

The Jets other drafted QB, Christian Hackenberg saw most of the action in this game. Hackenberg completed 50% of his passes 8/16, threw for 124 yards, one touchdown and three interceptions. Jets head coach Todd Bowles was asked what he thought of his second rookie QB “He was good. Still has a lot to learn, but I thought he did a great job. Both our guys are more than capable of leading this team. Now it’s a question of who wants it more.” Does that mean Weeks will get more game play next week? “Yeah we’ll split their times evenly these two weeks.” said Bowles.

It sounds like the Jets will have two QBs fighting it out for the starting position. We’ll see what each one can do in the Jets’ next game against the Green Bay Packers.