Injuries continue to pile up for the Oakland Raiders 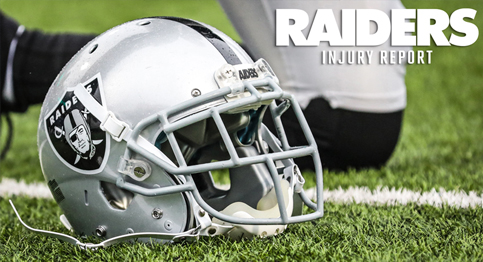 As the Oakland Raiders battled the Los Angeles Chargers in their week 17 match-up they lost two key starters. Starting strong safety Karl Joseph is out with a dislocated knee. This injury will sideline him for about three weeks.

Right tackle Marshall Newhouse will be out for four games with an abdominal tear. “It’s a pain to see things coming along for us as we get closer to the playoffs and have these injuries occur,” says Coach Farias. “These guys are hungry and they’re battling every single game. I appreciate their intensity and that goes a long way with me, this staff and the fans. But hey, when one man goes down, the other steps up. That’s how it’s been all season. Derek Carr went down and our guys [E.J.]Manuel and [Connor]Cook stepped in his place. Same thing with [Marshawn]Lynch and players in our defensive backfield. We expect to do the same until we are fully healthy and see where it takes us.”

With the Raiders beating the Chargers they managed to secure home field advantage throughout the playoffs. The bye in the first round will help their players suffering injuries.

One thing for certain is that corner back Sean Smith will return to the field after recovering from a shoulder tear. Coach Farias isn’t discussing on what he plans to do with replacing Joseph but there may be a possibility where he may move Smith to strong safety since starting corners David Amerson and Gareon Conley along with nickel back corner T.J. Carrie have been solid these last few weeks.

Marshall Newhouse will be replaced with David Sharpe. Sharpe who is originally a left tackle and plays behind starter Donald Penn will make the move the right tackle as the Raiders prepare for their opponent in the second round of the playoffs. In an after-practice interview, Sharpe stated, “It’s unfortunate to see my man Marshall out with his injury but I’m going to do my best to support my team the best way I can. I trust the process and I trust my coaching staff to place me and our team in the best position to succeed.”