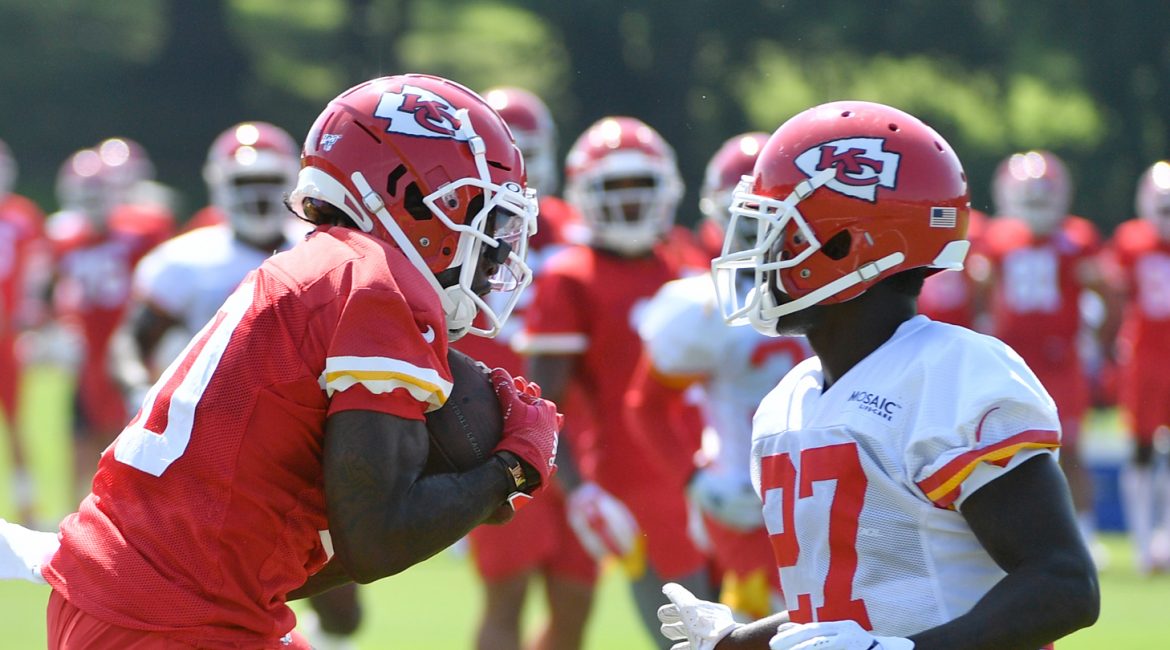 Kanas City, MO- It didn’t take long for the excitement of the Kansas City Chiefs training camp to die down. A collision between former Indianapolis Colts CB Bashaud Breeland and Receiver Tyreek Hill caused Hill to be carted off the field on Wednesday and it looks like he will be forced to miss a couple days of practice at least.

“Man, I didn’t even see him in my line of fire…” Breeland said. “I was just going to make a play on the ball. It’s unfortunate that we had type of collision because he’s a vital piece of this team. It wasn’t intentional in no way, shape or form it’s just football.” Luckliy the injury wasnt to serious and it looks like Hill will only miss some practice time and will not miss any game time according to the medical staff.

This is the Breeland hit on Hill. pic.twitter.com/nvh6bFEEBO

Per Adam Schefter, it registers as only a “bruised quad”; Hill should be just fine.

Chiefs' WR Tyreek Hill bruised his quad and is expected to be fine.

In Season 16, Hill caught 75 passes for 1,189 yards and 10 touchdowns. He and quarterback Patrick Mahomes developed quite the rapport alongside one another,  Mahomes hopes to have his favorite target on the field with him when the regular season swings around.