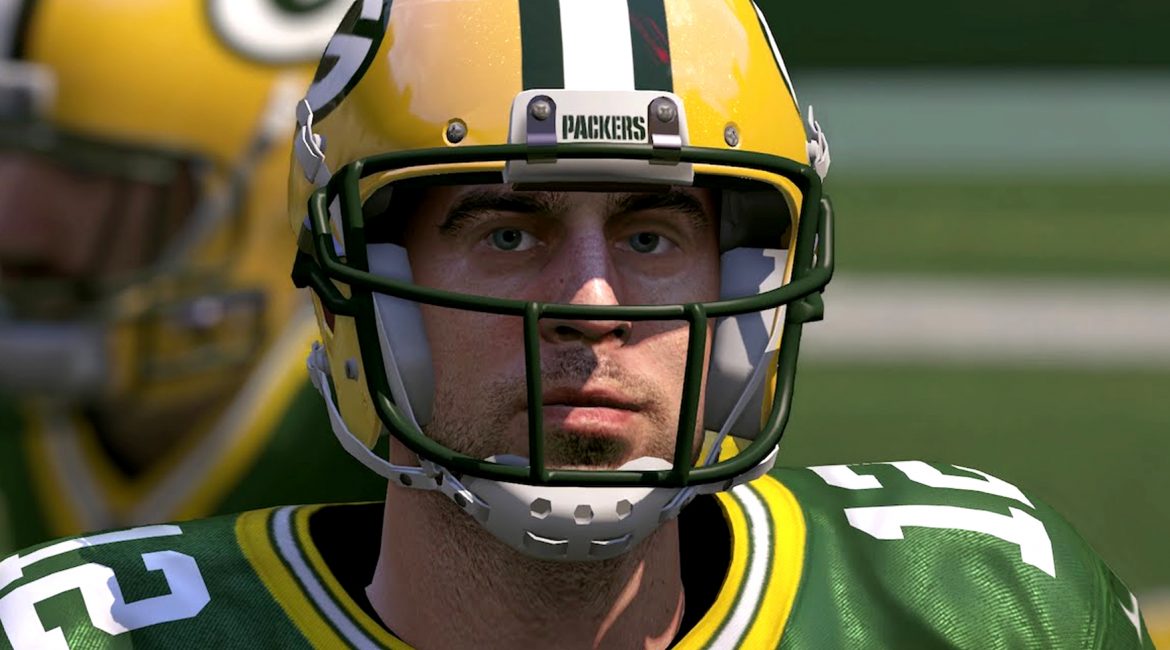 Here we are. The positional breakdown of the top players in Madden NFL 19 begins. Let’s start with the game’s most critical spot, the quarterback. If you caught our breakdowns on the 99 Club members, two of these names are very familiar.

Regardless of your play style, there’s a QB here that fits the mold. So without further preamble, let me introduce the top five QBs in Madden 19.

Let’s just face it, Tom Brady will always be good. Both Brady and Frank Gore will still deliver quality on-field production well into their 60s, so everyone should just get used to having them around. Brady’s arm has shown little age. While his deep ball isn’t as threatening as some other QBs, he’s unbeatable passing to short routes with a 99 Short Accuracy, and a best-in-game 97 Mid Accuracy.

If there’s a question around finding one QB that can beat out Brady, ratings-wise, Aaron Rodgers is the answer. He can move a bit smoother than Brady, and Rodgers’ accuracy numbers are the best overall with a 98 Short, 94 Mid, and a game-best 88 Deep. This goes along with a 96 Play Action and 97 Throw on the Run, another game best. Rodgers’ versatility in the passing game makes him dangerous in Madden.

DangeRuss wins the awards for most versatile QB in Madden 19. Wilson carries an 86 Speed, 92 Agility, and a 96 Throw on the Run. His Accuracy scores — 93 Short, 87 Mid, 83 Deep — are also great considering his running ability. He is the only QB in the top five under the Scrambler Player Archetype and has a 91 Break Sack rating, the standard on this list. All of which makes Russ the most effective dual-threat QB in Madden 19.

Brees has long been among the NFL elite. For most of his Saints career, he’s had to be the focal point of the offense. He remains one of the league’s elite, but the team features an explosive run game now, so we’re heading into a season where Brees won’t have to throw it over 50 times a game in order to win. He won’t be breaking sacks anytime soon, but his 97 Throw Under Pressure rating tops all QBs. His Accuracy numbers come into the season with a 97 Short, 89 Mid, and 81 Deep.

The NFC South is loaded with talent at the QB position. Though not in the 90s, Ryan rounds out the top five as one of the preeminent signal callers in the game. Not as high in the ratings as Brees, Ryan is still very balanced in Accuracy, with 94 Short, 86 Mid, and 85 Deep. He’s not bad on the move, either, with an 89 Thrown on the Run. It doesn’t hurt to have one of the best WRs in game as a top target.

While not terribly accurate beyond Mid range, the Carolina Panthers’ Cam Newton possesses 85 Speed, 97 Throw Power, and a best-in-game 98 Break Sack rating. Cam also sports smooth ball carrying moves and is the most mobile QB in Madden 19 in terms of ground attack.

For the Detroit Lions, Matthew Stafford remains a solid all-around pocket passer. His Accuracy scores (87 Short, 82 Mid, 81 Deep) paired with his outstanding 98 Throw Power allows him to be a reliable passer.