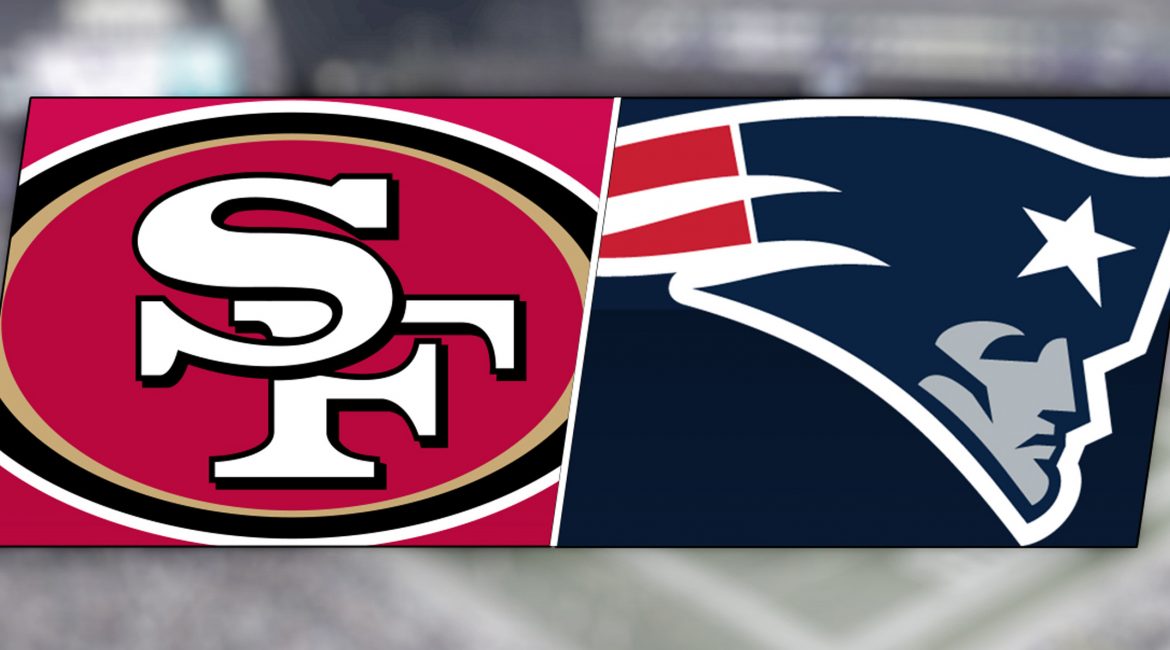 Salem, OR — The San Francisco 49ers take on the New England Patriots in week seven’s Game Of The Week.

The 49ers are coming off a tough loss last week against the Los Angeles Rams. Despite the loss, the 49ers still have a good record with four wins and two losses, they’re currently second in the NFC West, just a game back of the 5-1 Arizona Cardinals. This is a big test for this 49ers club, a win this week would ensure they don’t lose two games in a row for the first time this season but would go a long way in giving the team a boost of confidence as they face two first-place teams in the next three weeks. One player that could really use the boost in confidence is 49ers quarterback Jimmy Garoppolo. Garoppolo has his worst game of the season last week as he threw 4 ints, no touchdown passes, a quarterback rating of 35.1, and a completion percentage of 51.9, both of those last stats were his lowest of the season.

For the Patriots, the season has started better than the critics predicted thanks in part to the great play of their new quarterback Cam Newton. Newton is a perfect 5-0 as a member of the Patriots, he ranks 7th in the league for passing yards with 1,508, leads the league in touchdowns thrown with 17, and is tied for 4th in the least amount of sacks against with just four this season. “He has been a great addition for us, I think he is out to show everyone he has what it takes to lead a team, to be an impact player, and so far he has done that for us.” said Patriots coach Sean Nguyen.

This will be just the third time in the past nine seasons coach Mike Nguyen and coach Sean Nguyen have played against each other. As cousins, they are the only coaches related to each other in the league, last time they played against one another was in week 10 of Season 18. It was a close game but in the end, it was coach Sean Nguyen and his Patriots who came away with a seven-point victory.