Go For Gold And Get More XP In Franchise Mode!!! 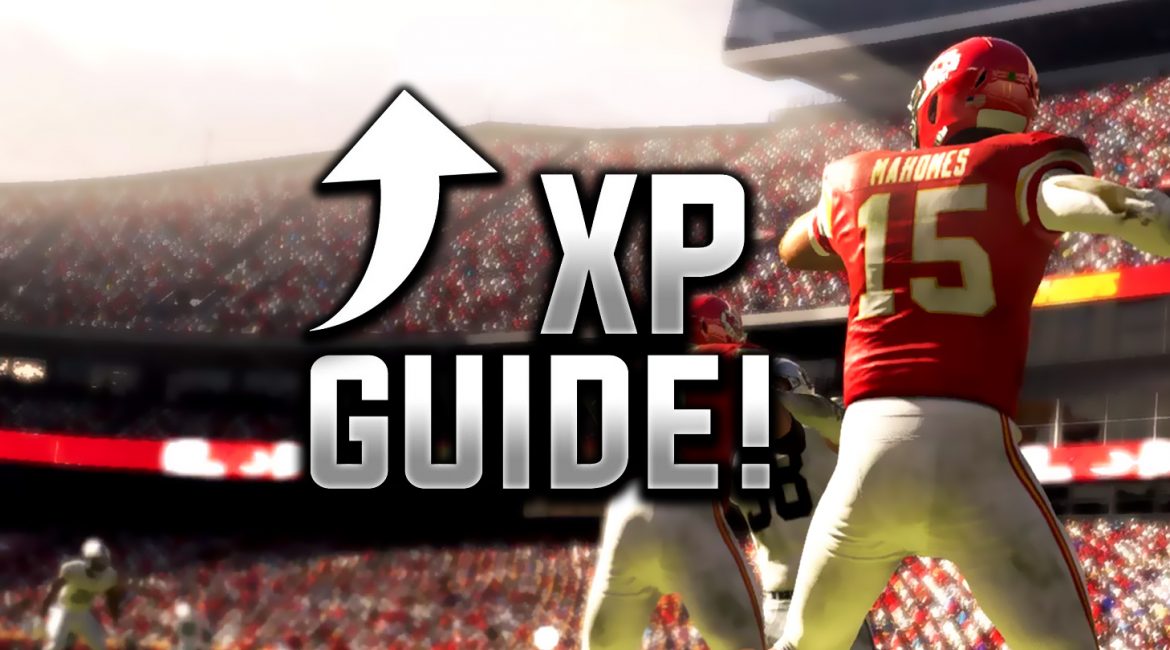 Salem, OR — Hi everyone, if you are new to the Madden world or are the type of Madden gamer that enjoys playing franchise mode and enjoys developing your players like me, this article is for you. Here I plan to break down the importance of maxing out on your training and going for gold to gain the most XP points. Yes, plain and simple, it is best to go for the gold but do you know how much of a difference it is between bronze, silver, and gold? It may not be much per week but it can really add up towards the end of your season depending on where you start and how far you make it.

Now, there is a big difference in xp points between bronze, silver, and gold. However, there is also a difference in XP points for starters and bench players. If you do not enjoy doing the weekly training and simply pick a random training focus for the week and sim the training, you will get the bare minimum. BUT, if you try a bit harder and decide to get silver or even better, gold, you’ll be far better off. Now I’m not sure if franchise difficulty makes a difference but I set up my franchise on “All-Madden” (because why else would you play any other difficulty) with the XP sliders set to default (set at 100).

For our first example, we’ll start by earning bronze. A starter will earn you 490 drill XP and 245 bonus XP. A bench player will earn 368 drill XP if he fits your team scheme or 367 XP if he doesn’t and 183 bonus XP. If you notice players #88 Ateman and #20 Shelley, they both show 367 drill XP, which is one point less than the previously mentioned 368 drill XP, that is because those players are on the practice squad AND they do not fit the team scheme. What is odd is that if your player is on the practice squad and fits your scheme, he’ll earn the same set of points as a bench player who fits the team scheme. The points earned works the same way for the offense as it does for defense.

Moving to the gold category, a starter will earn you 686 drill XP with 343 bonus XP. A bench player and a practice squad player will earn 514 drill XP and 257 bonus XP.

*Player is part of the team scheme

** Player is not part of the team scheme

As you can see above, while the differences are not astronomical, they are significant.

The difference between bronze and gold is 294 XP!!! Let’s use the image above as an example. Number 17, Miller, earned 1029 XP for his training. Let’s also say he was one of your three focus players for the week.

Those focus players each earn 300 XP regardless of position in the depth chart or ability (X-Factor/Superstar). Add that 300 XP to your 1029 XP and you have 1329 XP for that one player. Multiply that by 21 training weeks (includes four preseason weeks and 17 regular season weeks) and you get a total of 27,909 XP for going gold and 21,672 for staying in bronze. That’s a difference of 6,237 XP. Not only that, but this doesn’t include the XP earned during games or for awards.

If we stick with Miller, we see his player profile showing his xp bar for the current season maxes out at 10,962 XP. If we focus our first season on Miller and get him to earn 27,909 XP, we’d divide that by his xp bar max and we’d get approximately 2.5 development chips. This means we’re guaranteed at least two dev chips this season and we’re half-way to his third. If we stayed with bronze, he’d only earn 1.9 dev chips for the season. Remember this does not include XP for stats or awards but I am certain that he can earn that extra dev chip with a good statistical performance. Miller’s XP bar is pretty high so let’s use a rookie as another example.

Here we have rookie tight end Kmet and his XP bar maxes out at 3,230 XP. His XP bar is low because he’s a rookie and he has a low overall whereas Miller is a two-year player and has a higher overall. If we divide 27,909 by 3,230 we end up with 8.6 dev chips. This lets us know that you can potentially increase Kmet’s overall eight times this season if you go for the gold in training and have him be one your focus player during every week of the season. If we did the minimum and stayed with bronze, he’d only earn 6.7 dev chips. So you see, there is a difference of two dev chips between gold and bronze. Are you seriously going to just miss out on those two dev chips and possibly 2 overall upgrades? Not me.

One important fact to mention is that if you go to the playoffs, you have an extra week or two for gaining even more XP. If you play with X-Factor and Superstar abilities on, the differences may be off by 1 XP which is no biggie. But if you do play in a franchise that allows those abilities, going gold may earn you those extra development chips needed in order to activate one of your players’ abilities.