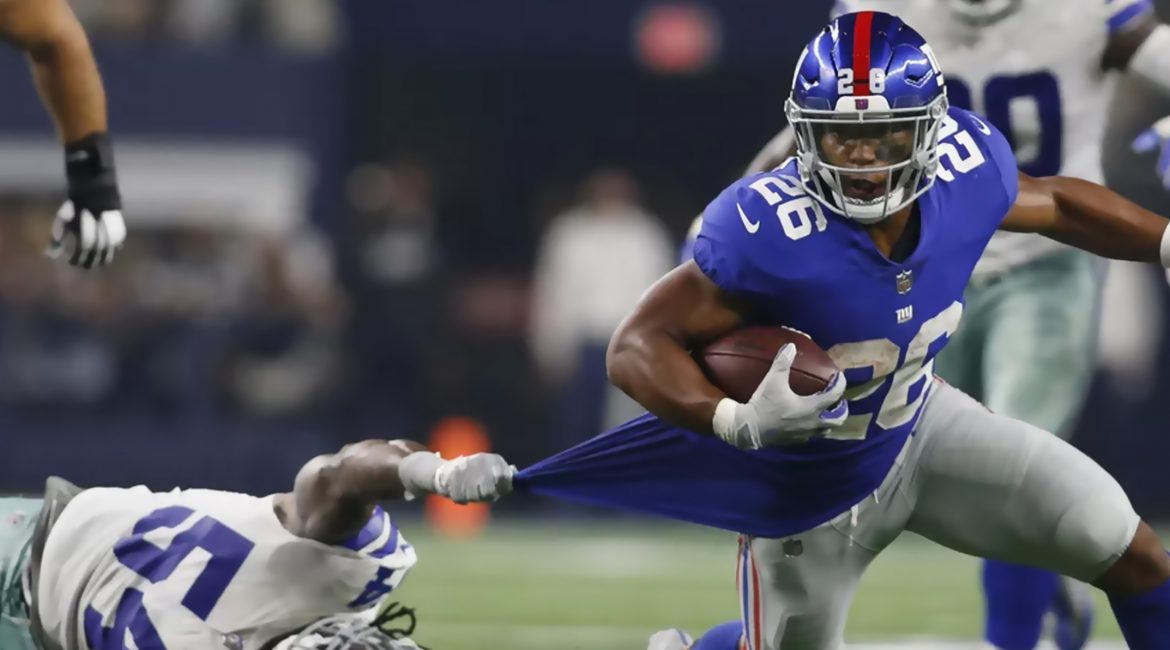 Arlington, TX — Saquon Barkley gave his New York Giants an early Christmas gift with an unbelievable 35-yard run late in the game, which gave his team the go-ahead lead against their division rivals, the Dallas Cowboys. Barkley finished the game with 148 rushing yards, 82 receiving yards, and two touchdowns.

“I just saw the lanes and hit them. My teammates did a great job of creating those lanes with strong blocks, once I got passed that first line of defenders I hit turbo and that was it.” Said Barkley.

The Giants needed this win after having lost their prior two games. This game not only puts a stop to their losing streak but it also sends a message to the rest of the league that they are a serious playoff contender. Thanks to Barkley the Giants find themselves right back in contention for the division, just a game back of the Cowboys, and for now hold the tiebreaker against them.

On the other side of the field, the Cowboys suffered their first loss of the season, Dak Prescott had his best game of the season as he threw for 199 yards, 1 touchdown, and no interceptions. However, all those passing yards meant that his counterpart, Ezekiel Elliott was left out as evident by Elliott’s lowest attempts (14) and lowest yards (49) of the season.

“We got away from the gameplan, plain and simple.” said Prescott “When you do that the team isn’t going to find success. I think we got frustrated when we got key conversions on 3rd and 4th down but then they got called back because of penalties. We’ll think about this one tonight and get right back to work tomorrow for our week six game.”

Prescott is right about penalties hurting them, although on paper it was just 4 penalties, 3 of those were for holding on key plays that would have kept the drive alive for the Cowboys. The only time they were able to make up the yardage after a penalty was on a 3 & 8 call where Prescott connected with his wide receiver Michael Gallup for a 42-yard reception to start the 2nd quarter.

The Cowboys will host the Arizona Cardinals next week, with Arizona winning this week, both teams will head into that game with a record of 4-1.

The Giants will have another key divisional match-up next week when they take on the Washington Football Team.