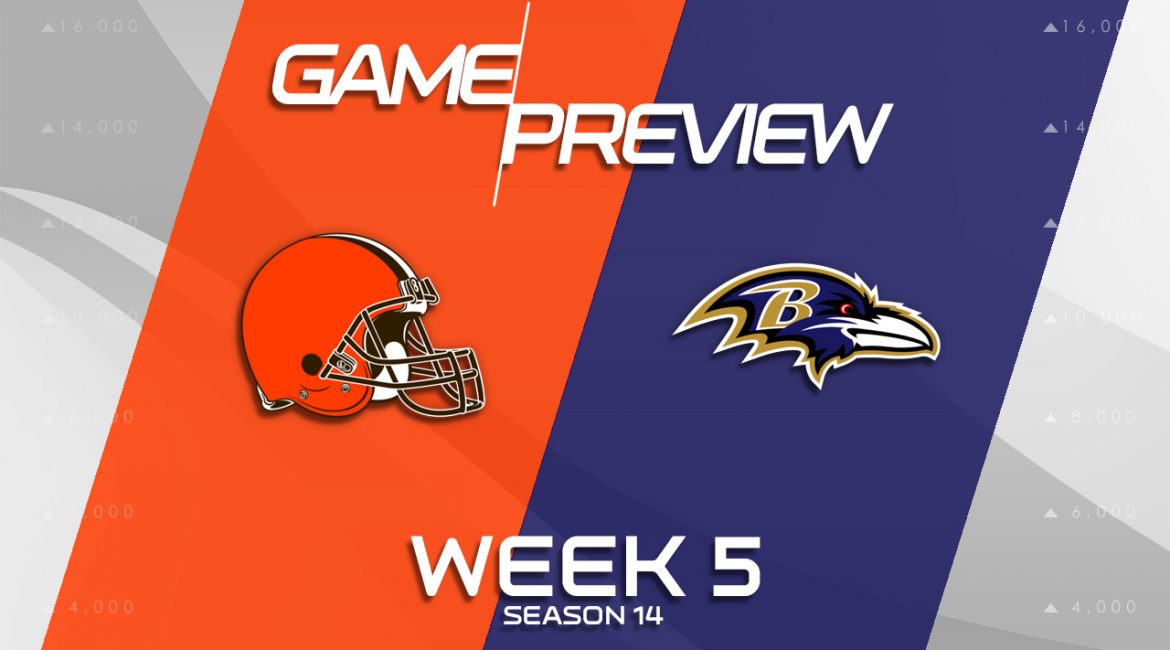 Cleveland, OH — The Cleveland Browns enter this game with a 3-0 record versus the 2-2 Baltimore Ravens. The game will be played in Baltimore; this will be Browns’ first road game of the season. Here we will look at the key match-ups of the game.

On offense our match-up will be between the Browns’ wide receiver Jarvis Landry and the Ravens’ cornerback Jimmy Smith. On defense, the focus for the Browns’ defense will be Ravens’ tight end Hayden Hurst who leads the Ravens in receptions.

The Ravens are coming off a 13-31 meltdown against the San Francisco 49ers. Their offense and defense had lackluster performances but they expect to make adjustments when they play the Browns. They hope Lamar Jackson can lead the Ravens offense to a couple scores and upset the Browns. On defense, the Ravens just hope they can apply pressure to Baker Mayfield so this throws off the timing of his passes.

The Browns are coming off their early bye. They plan to use their time off and winning momentum to defeat the Ravens. They appear to be better off and more organized as a team compared to the Ravens. BUT these two teams are rivals and there is no love between them. Anything is possible; expect a hostile crowd at M&T Bank Stadium.