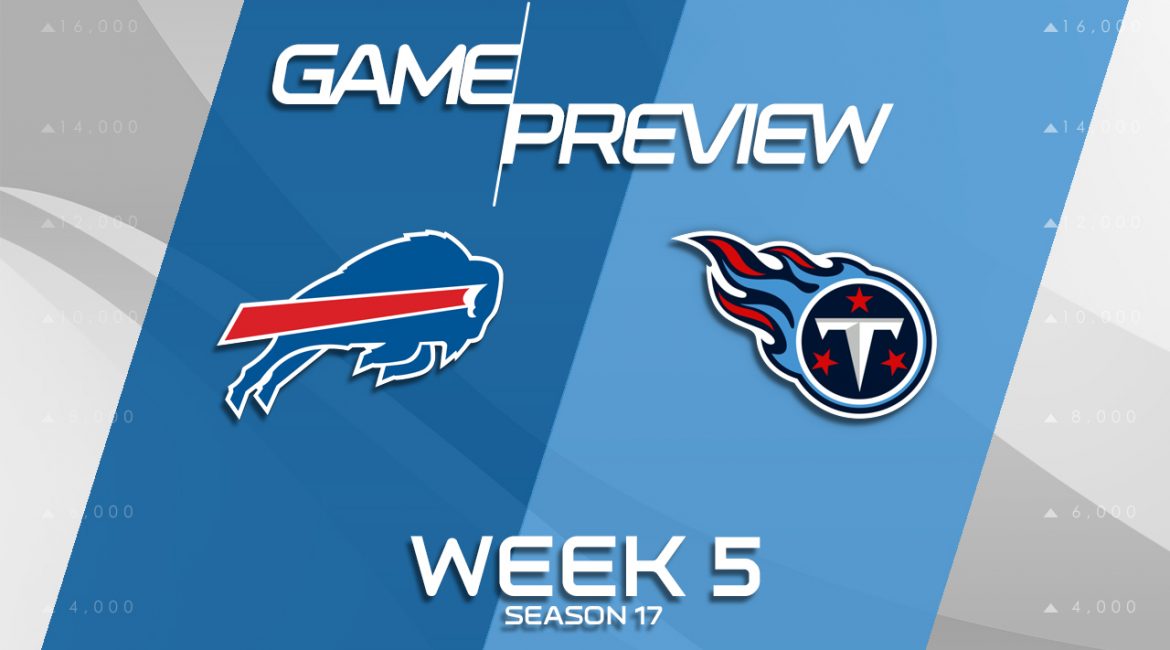 The Buffalo Bills will head out on the road for week 5 to take on the Tennessee Titans. The Bills are coming off a dominating performance last week which got them back to an even record of 2-2 and put them into a tie for second place in the AFC East. “This is a big game for us,” said Bills coach Sean McDermott during the teams Wednesday practice “We’re going up a good team, their record might not reflect that, but they got a lot of talent on that team and we know they’re going to come out hungry for a win especially being at home. We’ll have to match that intensity and stick to the gameplan we’ve prepared.”

The Tennessee Titans season hasn’t gone the way they wanted. They are currently winless with a record of 0-4, which is their worst start since Season 10‘s 1-3 start. The Titans quarterback Marcus Mariota leads the league in interceptions with 16, five more than the Bills’ starting QB Josh Allen. Mariota has thrown three touchdowns in the first four games while Allen has found the back of the endzone just twice. Overall, the Titans are averaging 177.5 yards passing per game while the Bills average 141.0 passing yards per game.