Farias Makes A Quick Change To The Offensive Line 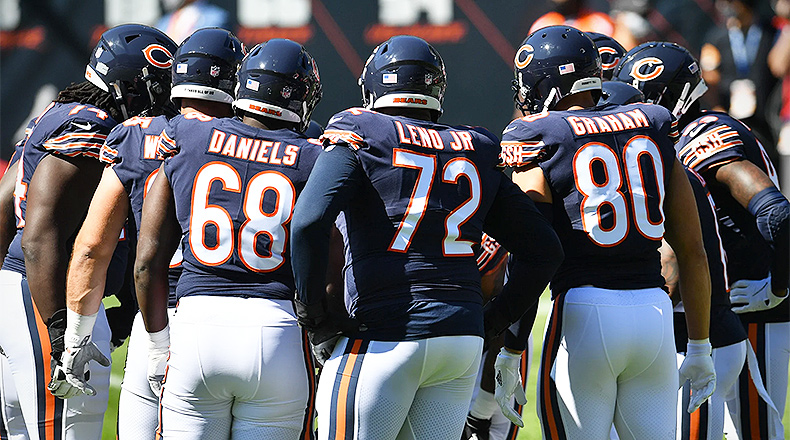 Chicago, IL — There was a major change in the Chicago Bears offense early in their week four matchup against the Indianapolis Colts and it may have paid off. Once Bobby Massie suffered the elbow injury towards the end of the Bears week three win against the Atlanta Falcons, the backup center Corey Levin took over snaps for the rest of that game.

Levin was due to start against the Colts, however, he was slow during practice and seemed lost when handing out assignments at the line of scrimmage. He appeared to have things together prior to the game against the Colts but he was quickly replaced before the offense took the field. Coach Farias quickly changed the lineup and moved left guard James Daniels to center and rookie left guard Arlington Hambright took over the starting left guard position.

This move provided better protection for Mitch Trubisky in the passing and a minor improvement in the running game. While one isn’t better than the other, this did lead to a victory for the Bears. This move may be permanent as the Bears are shopping Massie before the trade deadline.