End of an Era – Packers Part with Aaron Rodgers 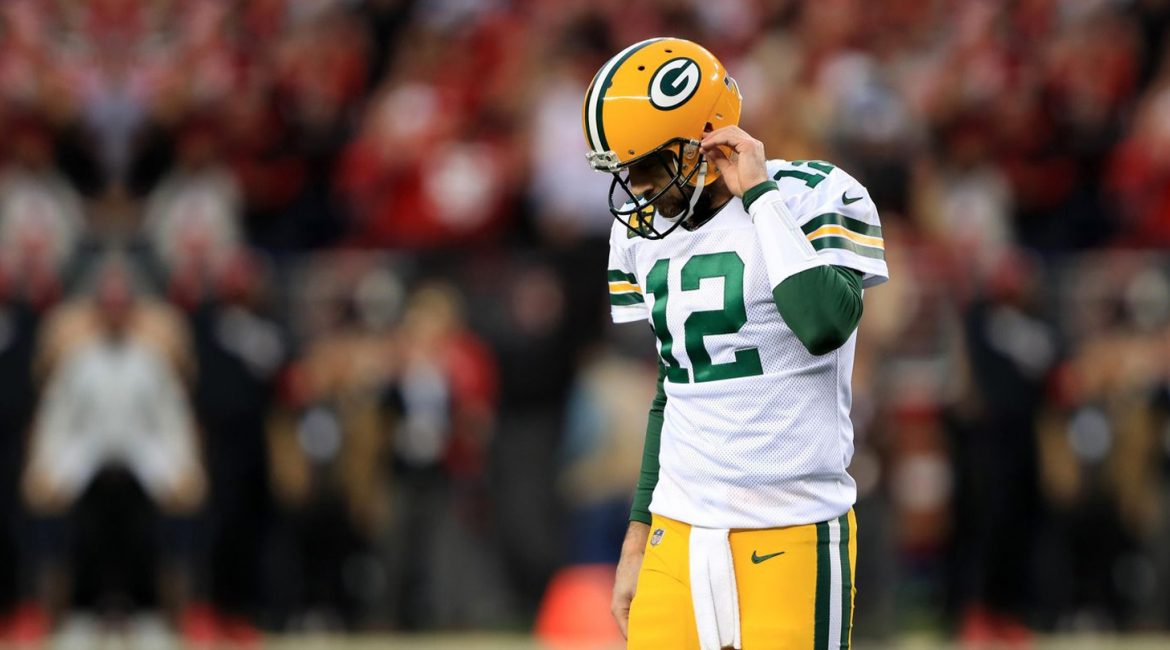 Green Bay, WI – Aaron Rodgers once stated he would like to retire as a Packer. That will no longer be an option as the Green Bay Packers shipped Rodgers to the Indianapolis Colts in return for a slew of draft picks in the coming Draft. The news came as a shock to many in the league, but to Rodgers and the Packers front office, the departure became imminent over the summer as contract negotiation talks broke down and Rodgers threatened retirement.

“We knew he was committed for at least one more season, but he would never commit beyond this year,” said Packers General Manager Brian Gutekunst. “The last thing we wanted was another will he, wont’ he situation like the end of Favre’s career.” Gutekunst is of course referring to the retirement waffling of Packers legend Brett Favre during his final few years in Green Bay. It’s understandable the Packers would want to avoid a repeat of that scenario, one that ultimately saw Favre land with the division rival Minnesota Vikings before hanging up the cleats for good.

“Absolutely that played into it. We’re committed to building a winning roster each and every year and the Quarterback position is the biggest piece of that puzzle. The last thing we could afford was for him to retire before the end of his contract and we definitely did not want to play against him in division games,” Gutekunst stated in response to a question about the similarities between Rodgers and Favre.

With Rodgers now in Indianapolis, the Colts hope he is the missing piece needed to right the ship this season as they are off to an 0-5 start. Rodgers will definitely be an upgrade over the current starting Colts QB, Jacob Eason, who has only 3 TDs to go with 12 INTs on the young season (Eason is second only to Jared Goff of the Los Angeles Rams for the most number of interceptions thrown this season).

As for the Packers, they are likely to hand the keys of the offense over to the newly acquired Brandon Watters. Watters, a 24-year-old QB out of Clemson, was acquired from the Cleveland Browns last week for a 2nd Round Pick and RG Billy Turner. Many inside the organization believed the trade for Watters sealed the fate of Rodgers. If that was the case, the stinging rivalry loss to the Dallas Cowboys, in which Rodgers tossed 4 INTs while only amassing 160 yards passing, likely solidified the deal.