Eagles vs Redskins: Round II 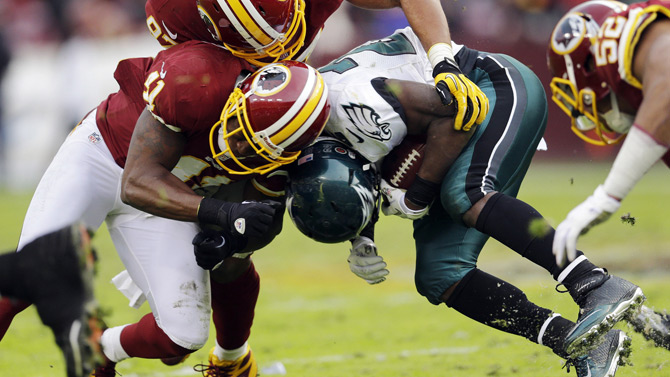 The Philadelphia Eagles have been turning heads and shocking everyone since the start of the season. In week 1 the Eagles, led by first year head coach Jason San-Juan, upset the Washington Redskins at home by a final of 24-21. Since that time the Eagles have lost only 2 games – week 3 loss against the Kansas City Chiefs and in week 9 against another AFC West team, the Oakland Raiders.

The Washington Redskins since the week one loss to the Eagles have not lost. They are in first place in the NFC East and because the Seahawks lost last week to the Falcons, they now sit alone at the top of the NFC.